We’re having a moment of sorts as we anguish over the death of a woman last night in Tempe, a pedestrian apparently struck by an autonomous car. But in the midst of a legitimate societal discussion about how to incorporate this new technology into our lives without killing one another, can we spare a bit of the energy now being devoted to this debate to the 6,000 American pedestrians killed last year by cars driven by humans? Because it is, or should be, the same debate – what is the moral calculus balancing the engineering of a convenience against its risk?

At a time when deaths of people inside the cars have been generally declining, pedestrian fatalities have continued to steadily rise – people killed on streets designed to ease the swift movement of automobiles, to the detriment of, and at risk to, people on foot. 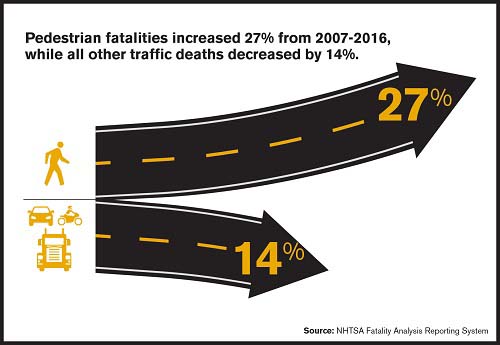 The people we’re killing with this implicit engineering choice are disproportionately poor. Here’s Bharath Chakravarthy and colleagues, from a 2010 public health study of pedestrian accidents in Southern California:

Here’s that phenomenon playing out in Albuquerque, where east Central has been designed big and wide and zoomy through one of the poorest parts of town: 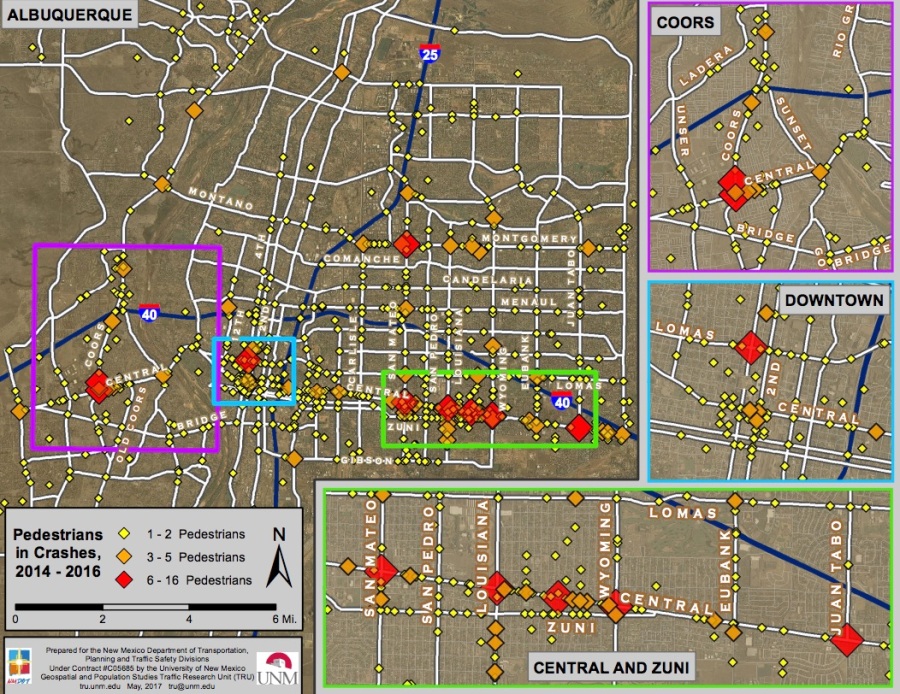 We for sure need to make sure that the engineering of this new convenience – autonomous vehicles – is not done in a way that creates new risks for pedestrians. But could we please apply the same moral calculus to the routine engineering of streets designed to move human-controlled cars swiftly at the expense of the pedestrians who also have to negotiate that space?

One thought on “Is now a good time to talk about pedestrian safety?”