John Greenfield from the good folks at Streetsblog Chicago posted yesterday on the 2016 increased rate of pedestrian fatalities in the Windy City. His report included the following table: 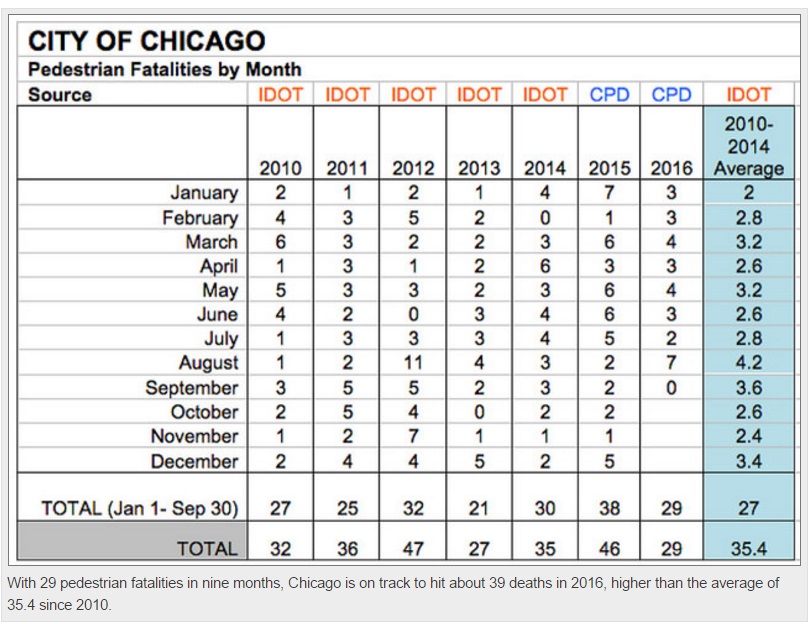 Let’s compare the figures above for Chicago with New Mexico, first month-to-month in 2016 from the Traffic Research Unit (TRU) for October: 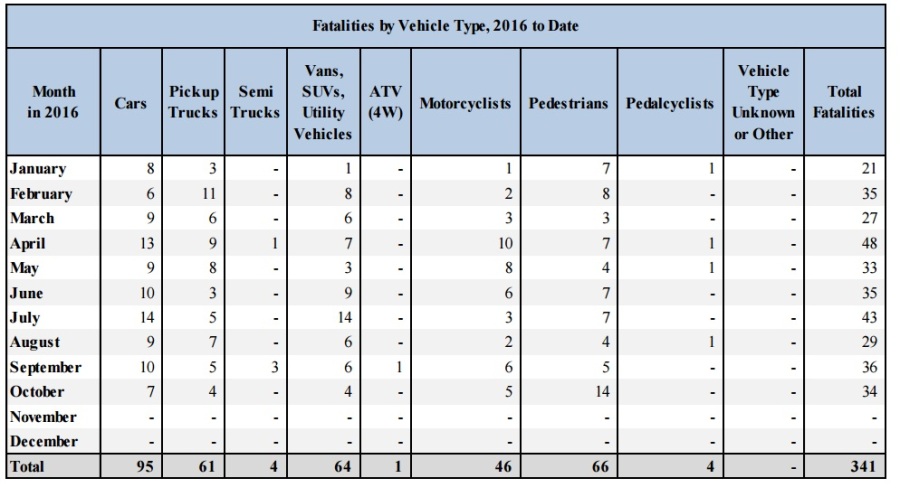 NM Pedestrian Fatalities
2006: 70
2007: 52
2008: 40
2009: 41
2010: 34
2011: 36
2012: 58
2013: 55
2014: 73
2015: 55
First Ten Months of 2016: 66
Pedestrian fatalities are an issue everywhere, including Chicago, but the numbers, especially 2012 onward, in New Mexico are remarkably higher. Clicking through possible factors, the population in Chicago is higher than our entire state, the vehicle miles driven are significantly higher in Chicagoland than the Land of Enchantment, and the rate of crashes involving alcohol/drug impairment on the part of drivers and/or pedestrian looks to be about the same (more research is being done into this).
So why are Chicago pedestrian fatalities topping out in the 40s in recent years, while New Mexico is on pace for at least upwards of 80 this year? With another two pedestrian deaths in Albuquerque last night alone, better analysis, and public policy, regarding this phenomenon seems more essential than ever.