(The Guild’s Keif and Chris auction off another poster that most definitely had me thinking later: “Why the Hell didn’t I bid on that?!?”)

Like any good movie, last Saturday’s Guild Cinema Poster Auction featured every one of the seven deadly sins, covetousness and gluttony prime among them. Not to be left out, there was also greed, pride, some lust, a touch of anger, much envy and even some sloth, but the degree to which I and other auction participants felt the pangs of coveting posters “lost” via auction sales of $3, when we were only willing to originally go two bucks, was visceral. Cinematic even.

There’s also the fact that at least one auction attendee, me, ended up with 16 posters by auction’s end. Yeah, I kinda overate at the auction buffet trough. But it was sinfully glorious.

Let’s look at one prime example of sin in action:

Damn, why didn’t I get that poster? Looking at the photo days later, I’m still tempted to somehow find out and tell the owner I’ll pay at least $3 for such a beautiful piece of artwork when s/he got it for only $2. I’m quite serious about this, guiltily so.

But enough about my need of the Confessional for a moment.

Keif Henley and the crew at Guild Cinema operate what I truly believe is the single most important resource in the Duke City. What is a town without an arthouse cinema? Shouldn’t a city without such a venue lose its incorporation status, or, at the very least, lose its right to call itself a city?

I know UNM has the Southwest Film Center, and classic films make it to the KiMo now and again, but the Guild plays such an important, on-going, seven-days-a-week role, serving up films from around the world, movies most of us would know nothing about, if not for this place. And they’re not films snobs, equally proud to show grindhouse and cheesy horror flicks as they are screening Kurosawa. Simply put, the Guild is a treasure.

And yeah, it’s been argued that a certain transportation project might endanger Central Avenue treasures like the Guild Cinema. At least a few of us favor both creation of a rapid transit line throughout the “Mother Road” and love anything the Guild does. Keif and Co. have held poster auctions on a pretty much regular annual basis for a few years now, and it’s a really good chance for film/Guild lovers to simultaneously support the Guild while relishing in some palpable, yet semi-socially acceptable, expression of deadly sin.

A great combination, don’t ya think? And it don’t cost much, either.

Back at the auction itself, your humble blogger greedily scarfed up posters ranging from Todd Solondz’s “Wiener-Dog” ($2):

To the wonderfully colorful artwork for Samba Gadjigo and Jason Silverman’s “Sembene!” ($6): 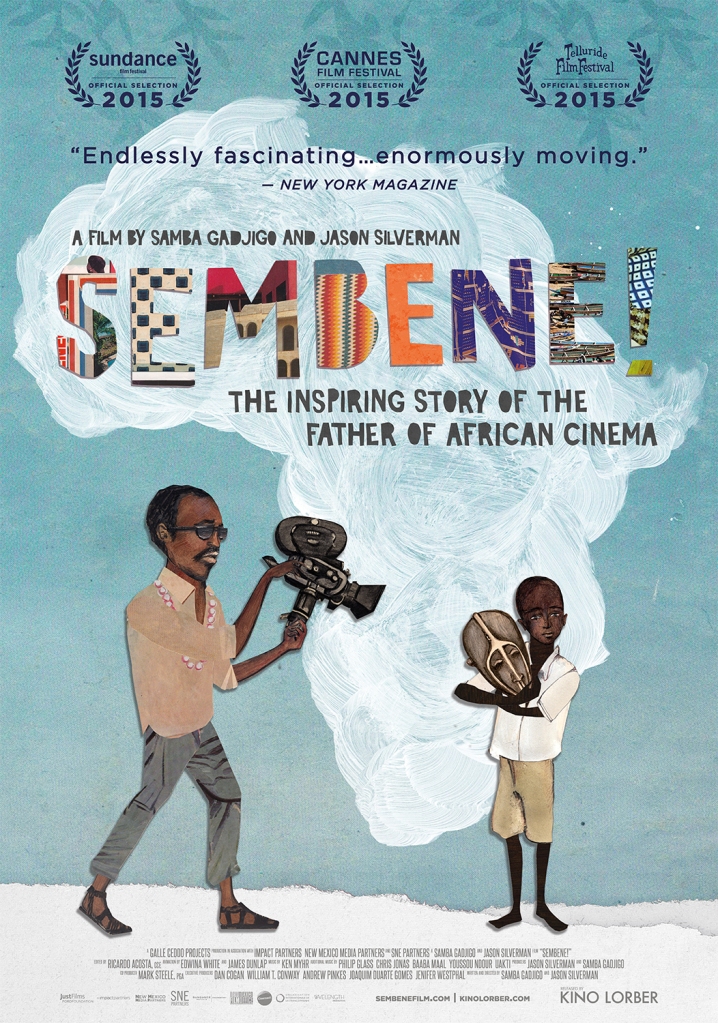 And my greatest personal exhibition of mortal cinematic lust this past Saturday, feverishly outbidding others to get the below for twelve bucks (it’s mine, MINE I tell you!!1!!!):

Finishing things up via my sixteenth purchase, the poster of what will likely be my favorite film from 2016, Michel Gondry’s “Microbe and Gasoline,” I loaded up the bicycle amid cinematically lengthening shadows, and (insert tracking shot here) headed down Central Avenue as it was being prepped for another civic occasion to celebrate the “Mother Road,” the Twinkle Light Parade. 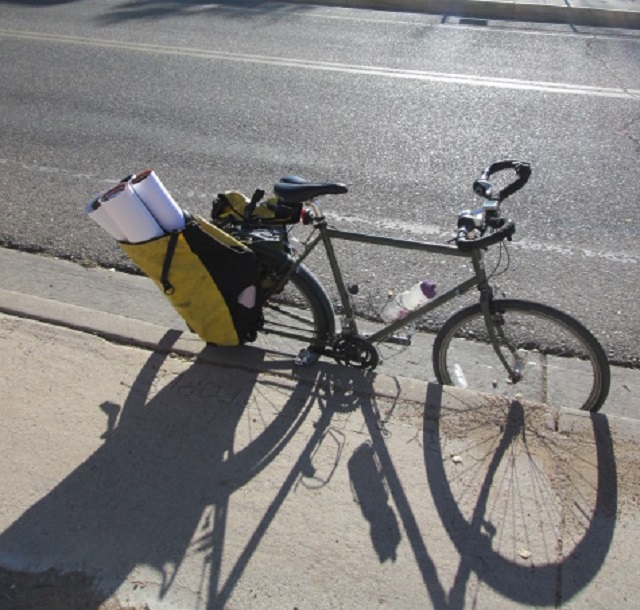 As I rode, I tried to focus on traffic, staying alive and whatnot, instead of thinking too much about that damn aforementioned Janar Panahi “Taxi” poster. “Thou shalt not covet they brother’s movie poster” is tough, however. Real tough.

Still, I very much suggest you attend the next Guild Cinema Poster Auction, sins be damned. I’ll be there either outbidding you or invariably coveting your envy-inducing “score.”