The heat of Portugal has been replaced with a definite rainy chill the last few days not only here in southwestern France, but back in Portugal, too. Places I rode in 95 degree conditions back in mid-June, such as Braga, are now in the low 60s. I’ll always wonder what Braga is like when it’s not broiling (and in a deep haze and funk from deadly fires).

Conditions have meant changes to the riding routing and style, hunkering down with pannier covers, straighter routes and more willingness to ride busier roads in an effort to beat some of the heavier downpours.

If it sounds terrible, it really hasn’t been. Outside of my previously mentioned debacle in Bordeaux, the only low point has been getting into Périgueux, capital of the Dordogne, along with a few thousands of my closest French driving friends (some of whom apparently like me so much they honked in recognition of a long-lost friend!) in driving rain.

The rest of the riding has been strategic, e.g., deliberately pacing myself behind a thunderstorm to stay in the “dry zone,” and tons of fun. Here’s a short photo review of the last three days.

Tearing myself away from the great food and stay in Romagne, I begin a generally northeastern arc planned to meet my wife in Nevers, about 400 km away, on July 4th while also avoiding too much contact with the Massif Central. Hills are one thing, mountains another.

Heavier rain brought me inside for a fifty cent coffee in a village just after crossing the Dordogne River, and the rest of the day was along those lines. Stop for food when it got too much of a downpour; take a photo of a river when the rain cleared a bit. 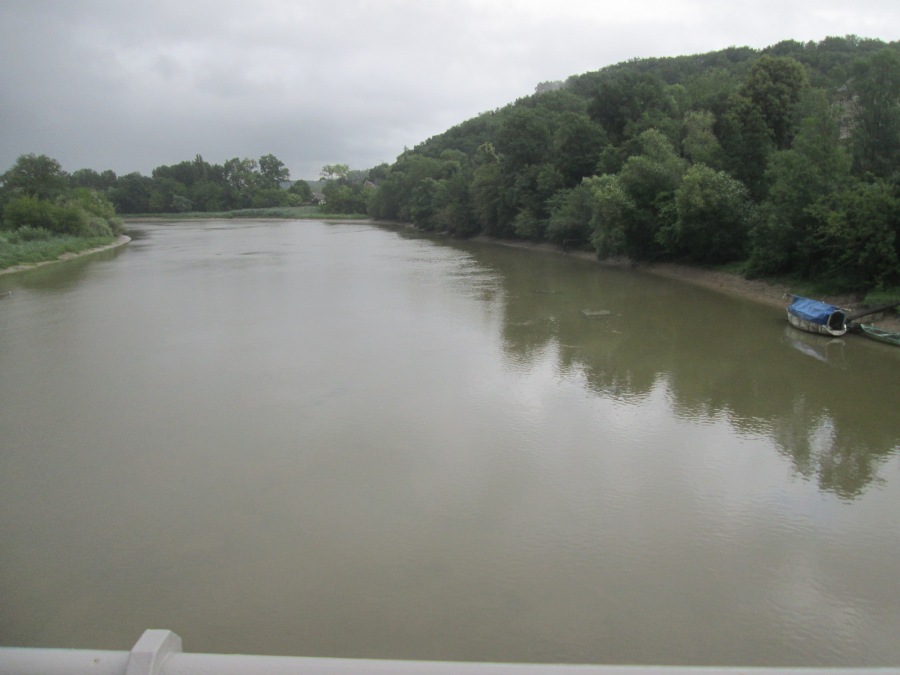 And it’s almost sunny for a shot of the River Isle in Mussidan.

I really could take about 50 photos a day of castles/churches, but this castle, or was it a church (or both) in Sourzac couldn’t be passed up.

Essential rain strategy is getting lucky. This quiet underpass of a highway served me well during a twenty-minute squall.

Very farmy here in the Dordogne.

The rain let us a little bit today, and both days featured something I’ve neglected to mention, a wonderful tailwind. This helped in so many ways, including being able to follow rain squalls, instead of coming into them. A day spent riding and you can gauge such things, and while the storms were faster than me, I could eyeball their speed versus me and act accordingly. Grocery stores are NEVER as interesting as when a big, bad rain squall is right on your ass.

And here’s where I got today’s lunch, the greatest French invention ever, the boulangerie/patisserie. There is no overstating how important these are to communities, France, and lowly bicycle tourers visiting French communities. 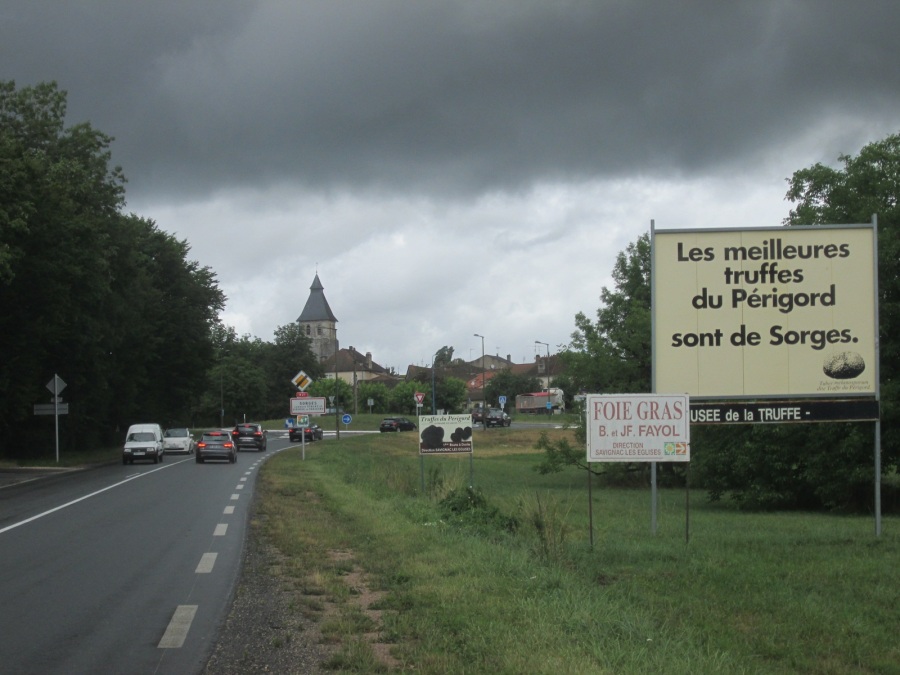 After having one of my very few clunker accommodations the night previous, the place outside Thiviers tonight turned out to be…well look. And twenty Euros cheaper than the clunker the night before, and with ten times better breakfast. It happens.

After days of rain and remote villages, today featured only a sprinkle or two and a trip to the city of Limoges. Cities are usually a bit of a challenge for the bike tourer, but the “major” road in (interstate highway aside) was almost untraveled on a Saturday afternoon and consisted of riding along the River Vienne in a near sprint.

Before that I got to experience back roads, as the rain riding strategy was no longer necessary, and the hills that come with riding back roads. I’ll take the hills over cars, any day. The Dordogne Forest offered some of the prettiest countryside I’ve yet seen on this trip and I think I got to about 45 kph on the invariable down that follows up.

Tomorrow might be the toughest stretch of France for me, as I tackle 100 km and skirt against the Massif Central. Wish me luck (and a tailwind, which would be nice!) 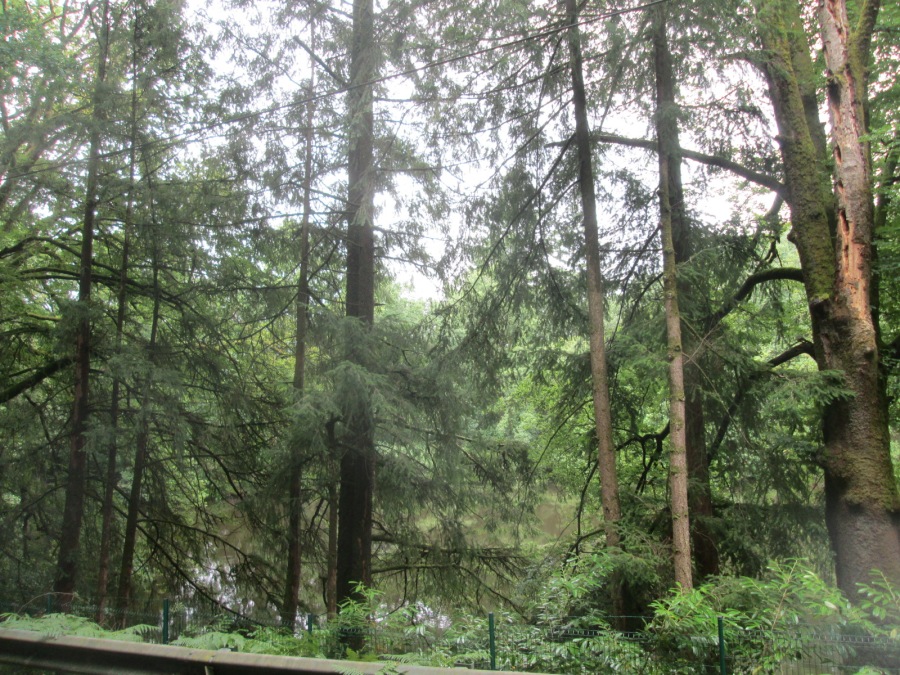 Just one example of the beauteous riding today. There’s a pond semi-hidden behind these trees. And yes, there’s no traffic, so I get to take this picture standing in the middle of the road.

And for this tunnel shot. It’s a sleepy Saturday morning, but methinks the village ahead is sleepy the rest of the week, too. 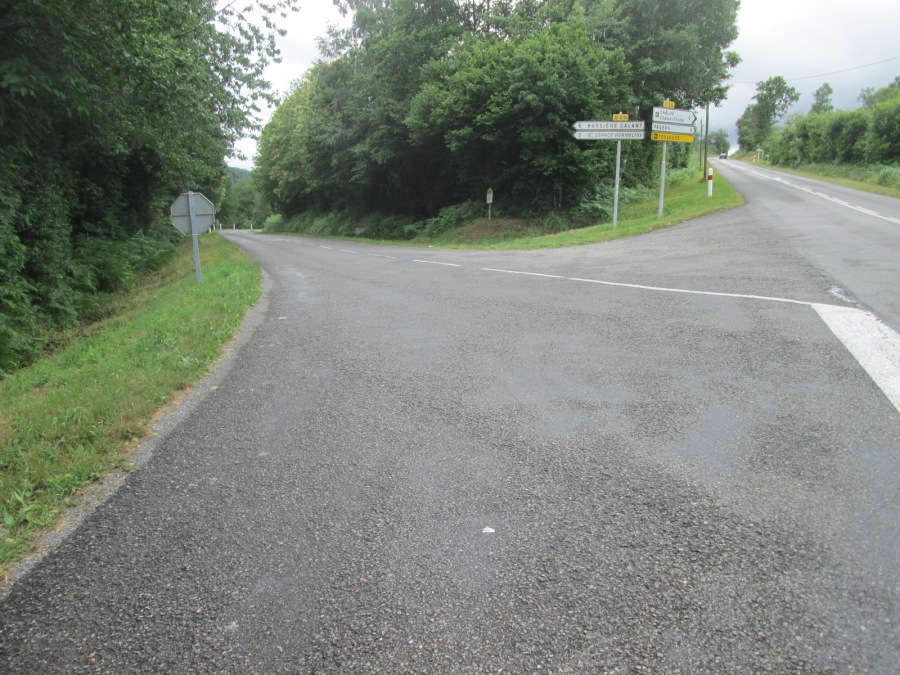 You do get something of a perspective of the grade here. I came up the country road on the left, but was spared the hill going up on the other pictured road. In fact, my ride from here today was downhill toward the River Vienne.

Yes, I’ve seen similar small village narrow streets countless times by now. They still knock me out, every time. Right around the corner, as it turned out, is the Vienne River taking me into Limoges.

Said river about .3 km from the shot of that village street

One big advantage today was staying next to the train station. That made logistics easy, as you just follow the signs to the station. I had no idea, however, how beautiful the Limoges train station is. Here are a few more shots… 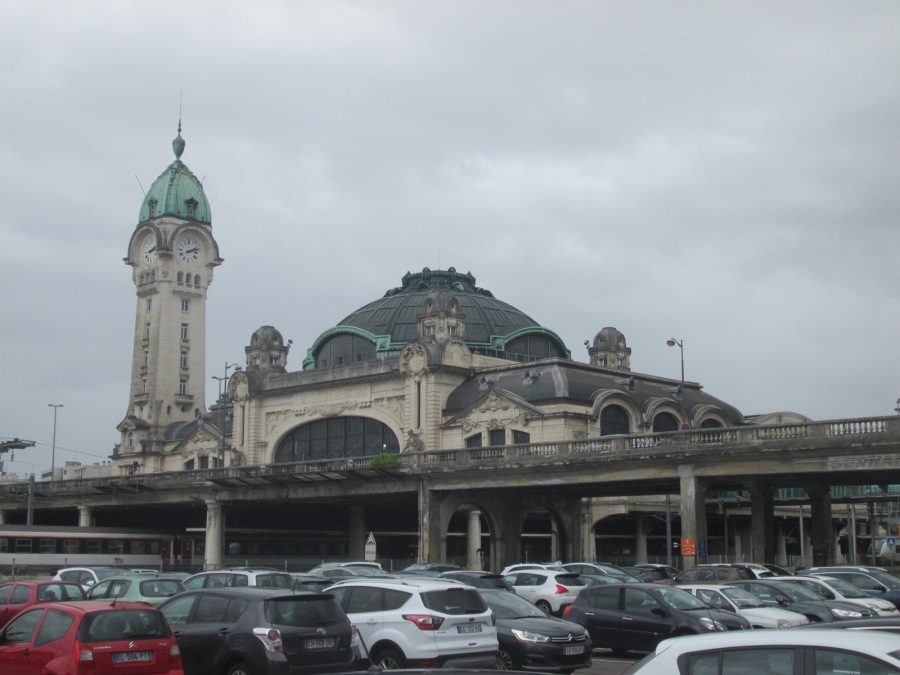 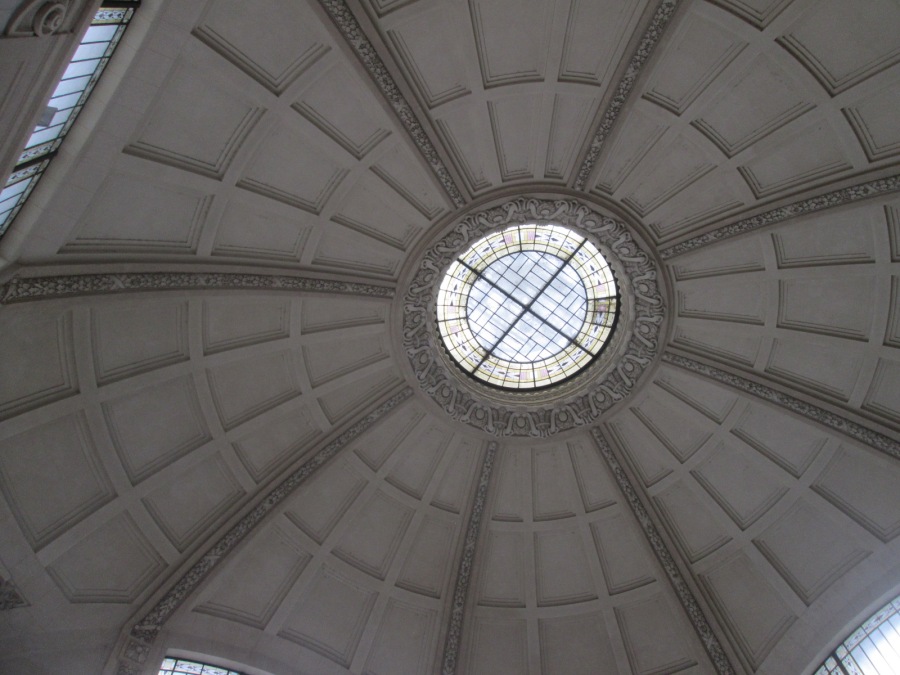 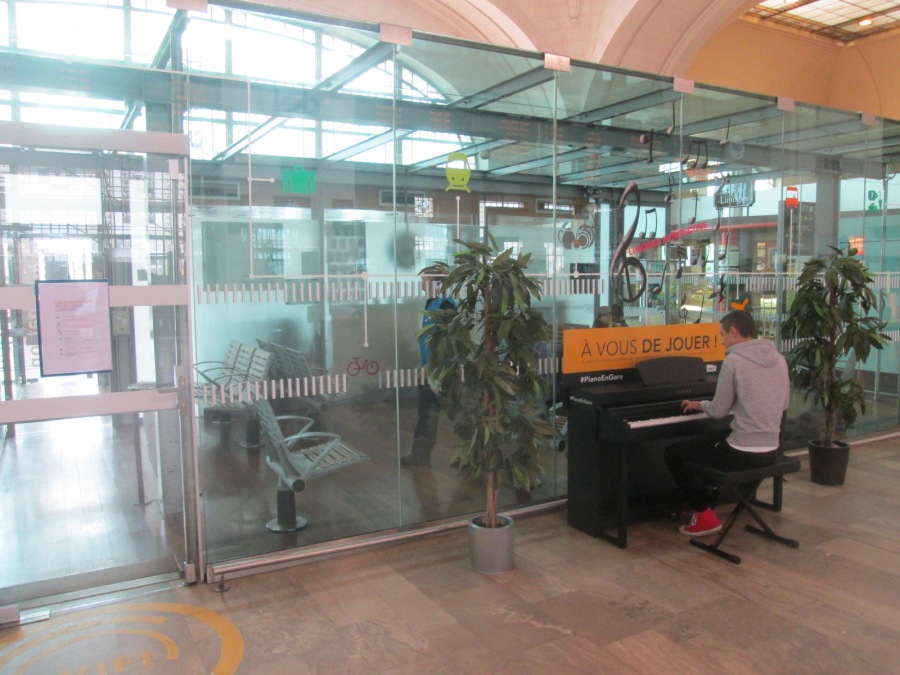 And a station piano/player to boot. I know Limoges is known for its porcelain, but the train station proved to be a hidden, uh, piece of fine ceramics.