Reading this story of misguided pedestrian blaming at Streetsblog, USA this morning has me going back through my notes on 2016 fatalities for those killed walking the streets of ABQ and BernCo that year.

Going through the police reports on those deaths was, as you might imagine, a powerfully sobering experience. I’ve held on to the notes for months now, pondering how the information gathered might best get the point across, that point being:

Everybody has got to slow down, get off the phone, focus, slow down some more, stop drinking and driving/walking, and, for the love of toasters, watch for others on our roadways.

One way to transmit this point is to simply relate details from those notes. There’s fortunately no visual accompanying these details from two separate cases, but the images they elicit should be burned into our collective consciousness:

Another point to burn into our collective consciousness is the need to not design roads/intersections like the one below (Coors & Blake SW), especially after having put up a Wendy’s, two schools and other establishments along/nearby in recent years. 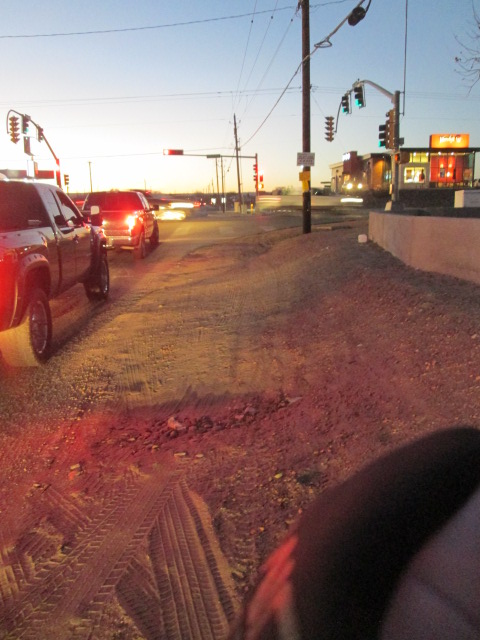 Fortunately, this intersection is scheduled for dramatic, and dramatically needed, improvements. Unfortunately, I’ve got notes on a 2016 pedestrian fatality at this very intersection.

I’ll spare you those details. At least until the earlier details are fully burned in.

Stay safe out there, everybody…