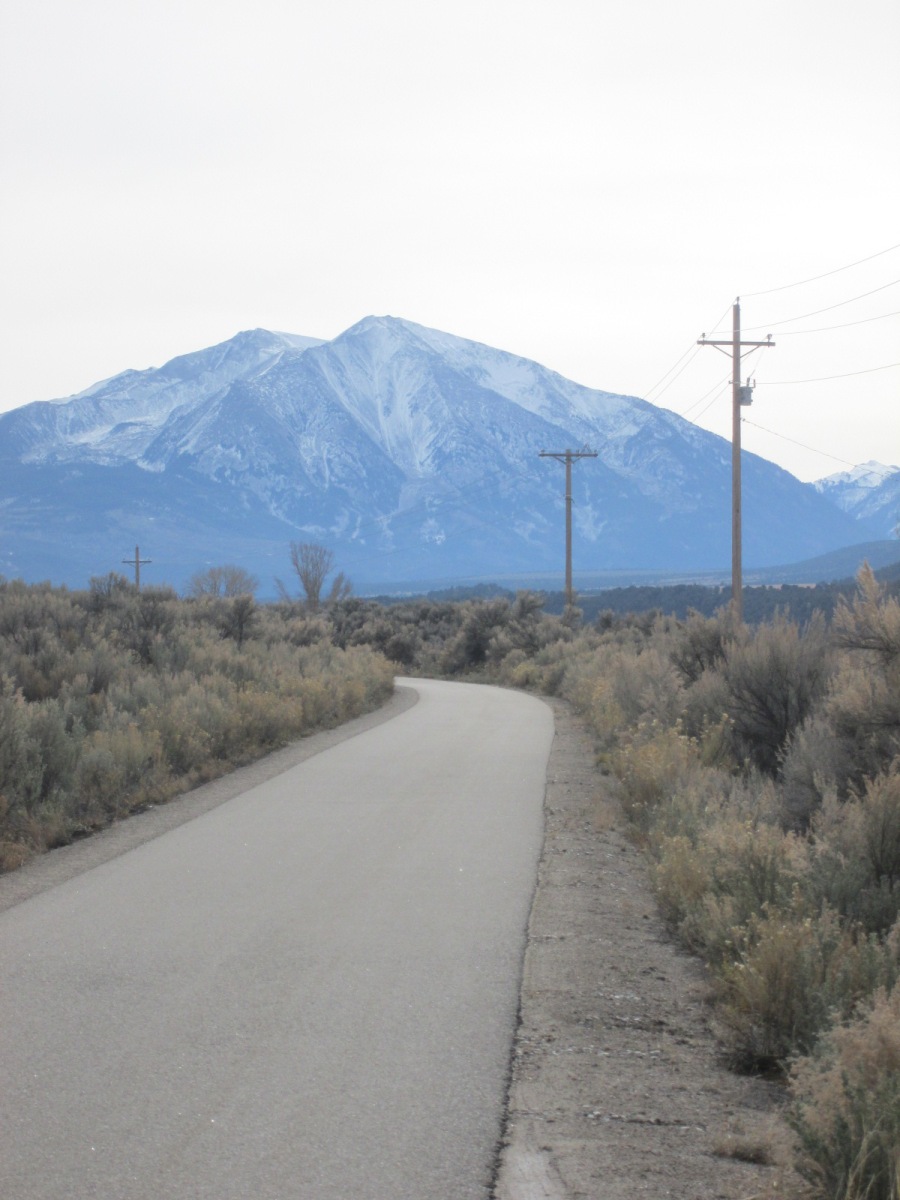 Above is a view of Mt. Sopris as I ride “Up Valley” on the Rio Grande Trail approaching Carbondale, Colorado. I add “Colorado” not only because of Carbondale, Illinois (no, I don’t believe there are mountains like Mr. Sopris in Southern Illinois), but also because of the Trail’s name.

I’m riding here along the Roaring Fork River as it spills toward the mighty Colorado River. The Rio Grande River starts out many, many miles from here. Branding, I guess, but it’s interesting from a NM perspective that the exact same name is, logically, given for the ambitious, and highly problematic, proposed 500-mile cross-state route along our own mighty-ish river.

Oh well, that’ll be fought out in the courts, someday.  Maybe. Getting rights all along the river through out state is gonna be tough.

Meanwhile, I can already report that what goes for the “Rio Grande Trail” up here is fantastic, with a ride up and back between here in Carbondale and Aspen this morning to complete my set of three explorations. Already in the “Rail-Trail Hall of Fame,” the Trail is part of what certainly looks to be a growing set of multi-use paths all the way from Aspen to the Colorado River, and along that river up west, as well as east to Vail Pass all the way to Frisco. Amazing.

The impact on the local economy is already being felt, for not only have my wife and I stayed here over Thanksgiving, picking Carbondale over other towns solely due to this Trail, but as seen in the 70,000 rides reported annually along it, 50,000 in its most remote section, even though that section is closed from December through April.

This niche of enviro-tourism becomes even more interesting when one notes that today, the day after Thanksgiving, the newly “open” set of ski mountains around Aspen reports that 9 of 264 collective runs are open. Not that we can say “climate change” or anything.

So as I ride the sixty miles up and back the so-called “Rio Grande Trail” this morning, I will imagine riding the proposed, “real,” 500-mile New Mexico Rio Grande Trail, as well as the court fight the Land of Enchantment will most certainly win upon completion.

Hmm…maybe we could fund our Trail with the assurance of funds flowing from currently rich Colorado in that inevitable court ruling. Combined with the pending “Chile settlement” (a financial infusion I admit I am totally making up), maybe we can create a full network of state trails approaching what’s going on up here.

A guy can dream while he rides…if he’s on a multi-use path for miles and miles…can’t he?

2 thoughts on “Riding What Coloradans Call the “Rio Grande Trail””