“Democracy is the worst form of government except for all those others that have been tried.”

Some form of the “quote” above has been attributed to Ben Franklin, Winston Churchill and, usually muttered under one’s breath, to anyone who has ever attended a road project public meeting. Or maybe just by me when attending them. I don’t know.

I was at the Coors & Blake construction update public meeting last night, and that quote, along with many others involving words still considered unprintable in a few of our more upstanding publications, came to mind as I sat and watched the “pageant of democracy” before me.

Public meetings are all that is right with America, right down to that Norman Rockwell, Mr. Smith Goes to the South Valley Public Meeting hard-wired image of the single American proudly standing and speaking her/his mind to a group of fellow Americans, freely and with at least a small chance of making our country a better place for having done so.

It’s an infinite sight better than any “democracy via Internet.” But damn is it hard to sit through.

That’s almost certainly more on me and my shortcomings than any failing of this or any other American public meeting format. In a way, I don’t really know why I find public meetings so painful, particularly when attending in person, rather than viewing online. Why I feel a bit at a public meeting like Karen Silkwood in that movie being violently scrubbed clean of plutonium in the shower, I don’t exactly know.

Putting my own psychological problems aside, here’s what I wanted to tell the project engineers, South Valley residents and all of America regarding my impressions so far on the Coors & Blake project:

I am extremely happy that project construction crews have installed a physically separated barrier between pedestrians (including many who walk to the school at which I work) and motorists/construction crews along Coors and the torn up section of Blake.

Here are a few photos of that very appreciated work:

Looking westbound at entrance to South Valley Academy to what’s left of Blake at the start of the separated walkway. 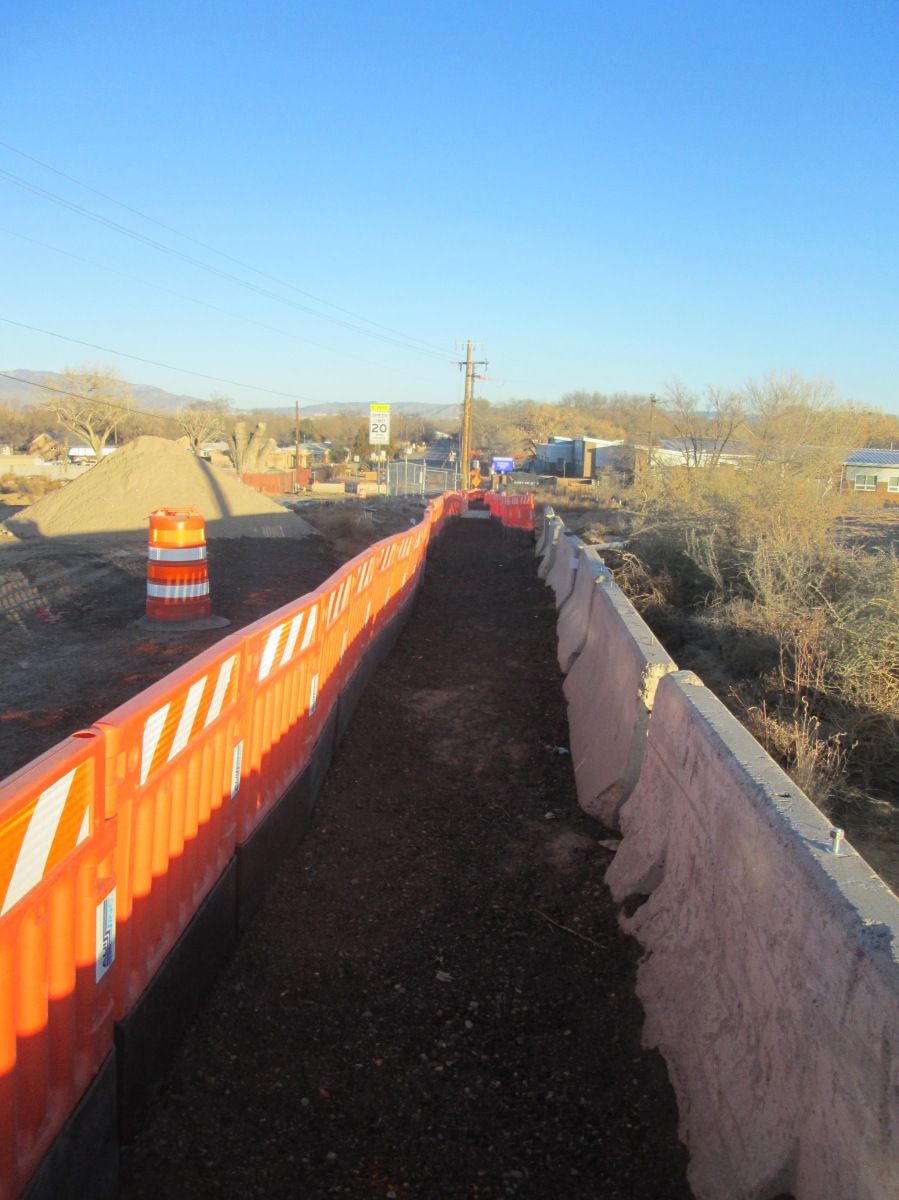 Looking back eastbound down the separated walkway. Note the concrete barrier protecting walkers from maniacal drivers who tear through a dirt lot to cut the corner and high-tail it from Coors northbound to Blake eastbound. You might think “but they can’t do that anyway because Blake is torn up.” I will simply respond by saying “You don’t know these maniacal drivers.”

There you have it. What I would have said/shown (okay, the “public” showing photos at public meetings is usually frowned upon) if I hadn’t wimped out due to feeling like several layers of skin had been viciously machine-scrubbed off my entire body at the public meeting last night.

I know posting this on the Internet, instead of via the venue of a public meeting merely perpetuates all that is wrong with “democracy” in our modern age. At the same time, I think I’m probably not the only one in this country who REALLY wants to be that guy in the Norman Rockwell Saturday Evening Post Cover, but doesn’t have the skin layers left, so to speak, to pull it off.

We’ll work on that. Meanwhile, thanks for the work Coors & Blake construction folks. It’s appreciated. 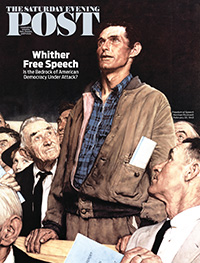