It’s Monday the 13th. The first day of school for many around the area; the first day of just another work week for most. And it’s also time for the monthly meeting of the unfortunately named “Greater Albuquerque Bicycling Advisory Committee,” or “GABAC.”

Neither acronym nor entire title of the body is particularly appealing. One takes far too long to say and the other sounds like a cat barfing. Nevertheless, here’s a chance to talk, listen, talk, listen and ask questions about what’s going on regarding cycling safety and encouragement in “Greater Albuquerque.” 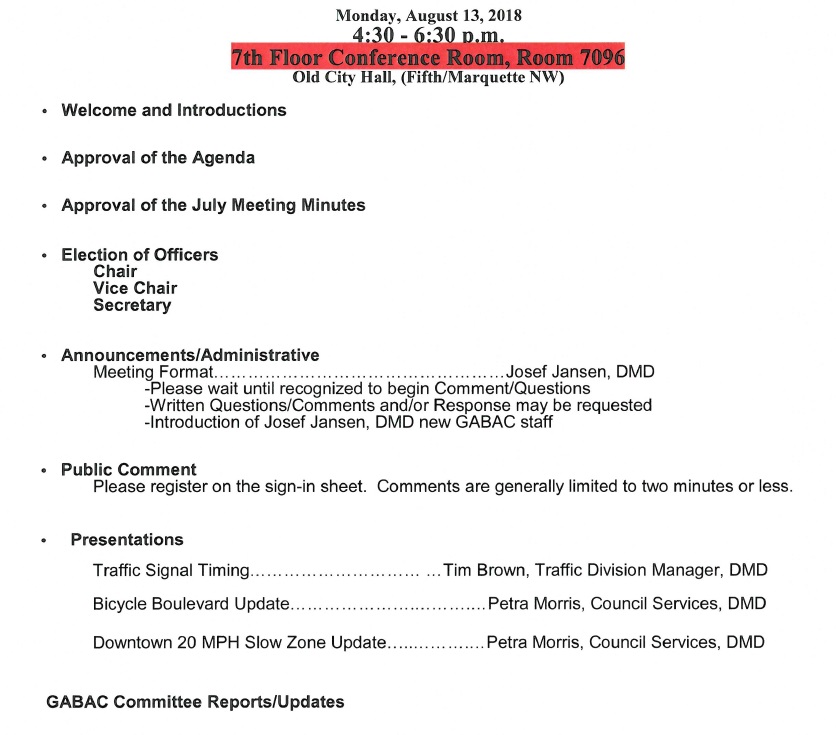 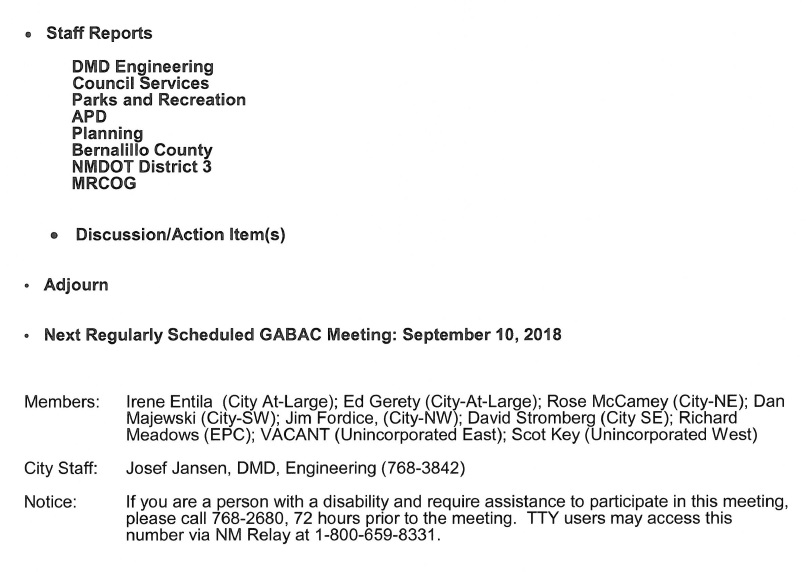 Put in perhaps plainer terms, have you ever wondered:

These and other questions will be addressed (the last one probably only if you bring it up) at this afternoon’s meeting. Yes, the meeting starts at 4:30, which is a weird time to start a meeting, but we promise it won’t go past 6:30, so you can eat dinner/ride your bike to/from the meeting with plenty of sunlight.

Hope to see you there, especially if you haven’t had the chance to make it before.

One thought on “Monthly Meeting of “The Bicycle Committee” Today”