Following the generally popular improvements to the Silver Bike Boulevard west from Monroe (Highland HS) to Yale Blvd., the bicycle community now faces an even greater challenge further westward. How do we make it safe, truly safe, to ride a bicycle across I-25 and over the railroad tracks? And what about Downtown? All the way to the cozy good feels of the Bosque Path?

Impossible you might say. And there’s the extremely subjective nature of what constitutes “safe.” Like I said…it’s a challenge.

Ideas have been kicked around for years, several of them discussed here at Better Burque. Now some of those ideas have progressed to the “public meeting” stage, with a session scheduled for later this month:

Frankly, the website mentioned above doesn’t go into much detail on proposals. That’s because we are (and I use the first person plural here because this is going to very much be a collective effort) in the early “gathering information” stage. As you recall with Silver BB Monroe to Silver, such dramatic improvements only succeed through a thorough, thoughtful process.

Your thinking and input is most definitely needed. This isn’t going to be easy. But neither was navigating the Arctic back when it still had ice sheets. Nor was landing a person on the Moon and having them walk and golf about.  And need we mention how hard we thought it would be to navigate Silver across Carlisle? 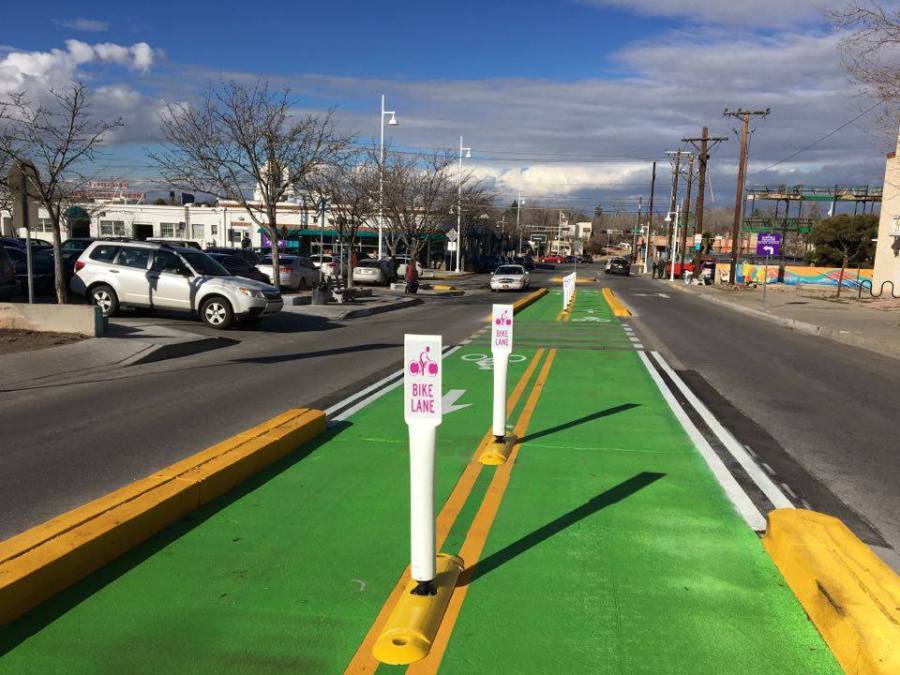 Okay, Carlisle is a cakewalk compared with I-25. A walk/ride in the relative park, so to speak. It’s no I-25, train tracks, Downtown triple-threat of “argh!” But did we stop when the Germans bombed Pearl Harbor? Did we stop when folks said a cycle track in the middle of Carlisle would never work?