If you’re feeling civic but not up to the State of the Union, the public meeting to hear recommendations from a study of the Silver Bike Boulevard from Yale Blvd. west to the Rio Grande River is tonight from 5:30 to 7:00: 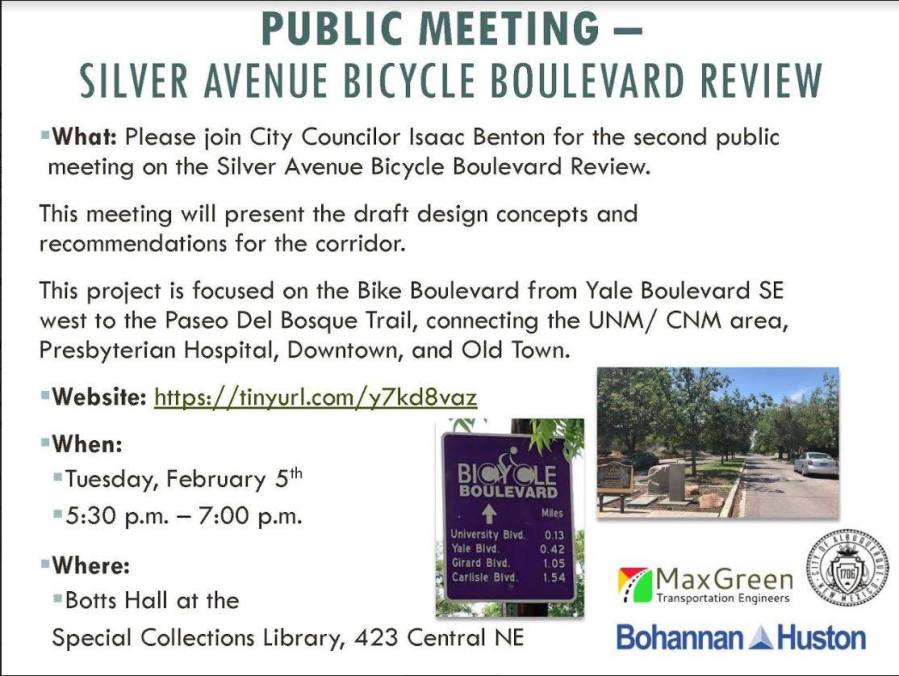 Charged with the meaty task of crafting an “ages 8-80” route comfortable for those who currently find the bike lane on Lead Avenue too dangerous, much of the talk will focus on two big, dangerous crossings: I-25, and Broadway Blvd. over the train tracks to 2nd Street.

The rest of the route is relatively “easy peasy” in the same way that cycling to England is pretty easy, except for the Atlantic Ocean segment.

Tonight’s meeting (hope to see you there) reminds me that Chico, California just finalized the funding necessary to build this: 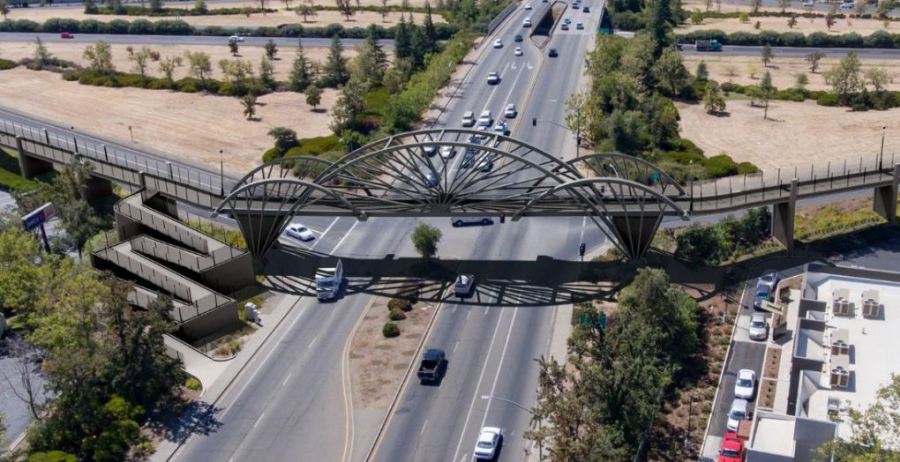 The bridge is a link in the Bikeway 99 project, which seeks to provide a bike route from Eaton Road to the Skyway, roughly paralleling the freeway. A final missing link between the Skyway and 20th Street is expected to begin construction soon.

The bridge would eliminate the need for bicyclists to weave through the Chico Mall parking lots and cross the multiple lanes of traffic on East 20th Street.

“This was a critical gap closure,” said city of Chico associate engineer Noel Carvalho. “There’s not a lot of bike traffic crossing 20th Street because it’s just too dangerous. People avoid it.”

“This project will open up new opportunities that weren’t there before.”

Hmmm…change a word here and there, and we’d have a pretty good description of the current crossing of I-25 on the Lead Avenue bike lanes here in Albuquerque. City of Chico has received authorization of $12.356 million for the bridge from the California Transportation Commission. Local funding will pay the rest.

BB isn’t sure exactly what will be recommended tonight regarding the Silver Bike Boulevard crossing at I-25, but strongly guesses, having heard a preliminary version, that a $15.464 million bridge will not be suggested. Just a hunch.

We’ve written about constructing such a bridge at Lead and I-25 before, complete with maps and glossy eight-by-ten photographs with lines and circles drawn on each one.  Besides the cost of building such a structure, not to mention the cost and how much money it would cost (then there’s the cost, can’t forget that), the “grade separation” (i.e., difference in elevation) seems to be a major impediment in moving such an idea forward.

On that issue, however, note the Chico bridge design once more: 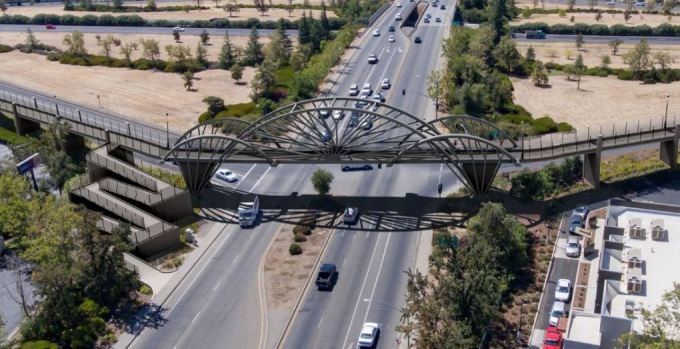 See that? For *$15.464 million you get a bridge with really long approaches, far enough back to take grade separation into account. We could start the bridge at, say, Mulberry Street, elevated to the east, and run the bridge and approaches all the way well into  Highland Park west of I-25: 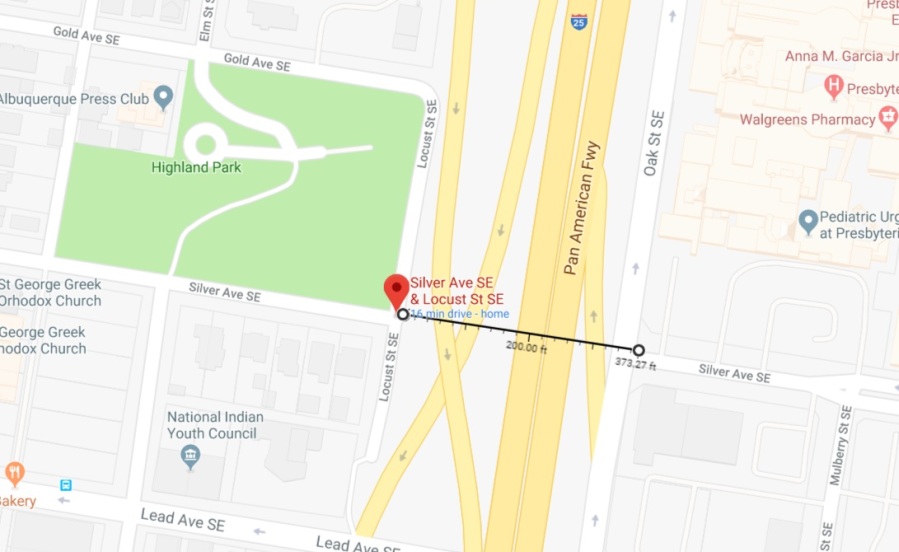 And while we won’t belabor unnecessarily the long-established point that I-25 severed a contiguous neighborhood decades ago, and that people living west of I-25 still have to drive to go the hospital only a couple of hundred yards away because few in their right mind would attempt walking or cycling across I-25, we at BB are not above pointing out that Chico Freakin’ California is building such a bridge. One that will connect two heretofore severed neighborhoods. One that would truly make Silver BB west of Yale an “ages 8-80 Bike Boulevard.”

Anything less than such a bridge, and we’re really talking a proposed bike boulevard to England, Atlantic Ocean segment included.

Hope you can make it tonight to the very nice Special Collection Library for the public meeting. I’m tempted to be the guy there handing out eight-by-ten glossy photos of the Chico Freakin’ California bridge. With lines and circles.

*Better Burque is also not above pointing out that the 2014 Paseo Flyover Project cost $93 million, with apparently right at eight dollars and forty-three cents going to adjacent walking/cycling improvements. Non-motorized users are owed. A lot.