The key to happy transportation safety advocacy is to have a very long life. Of course, safety and staying alive go hand-in-glove, but I instead refer here to longevity in terms of how damn long roadway improvements often take.

Take 12th and Menaul for instance. The Better Burque Tactical Urbanism Team (BBTUT) has in the past few months gleefully ridden several times through the intersection during its recent reconstruction, giddy that:

2: Eagerly awaiting the final reconstruction revamping this intersection into a roundabout, as specifically proposed 15 damn long years ago in this study of the area. 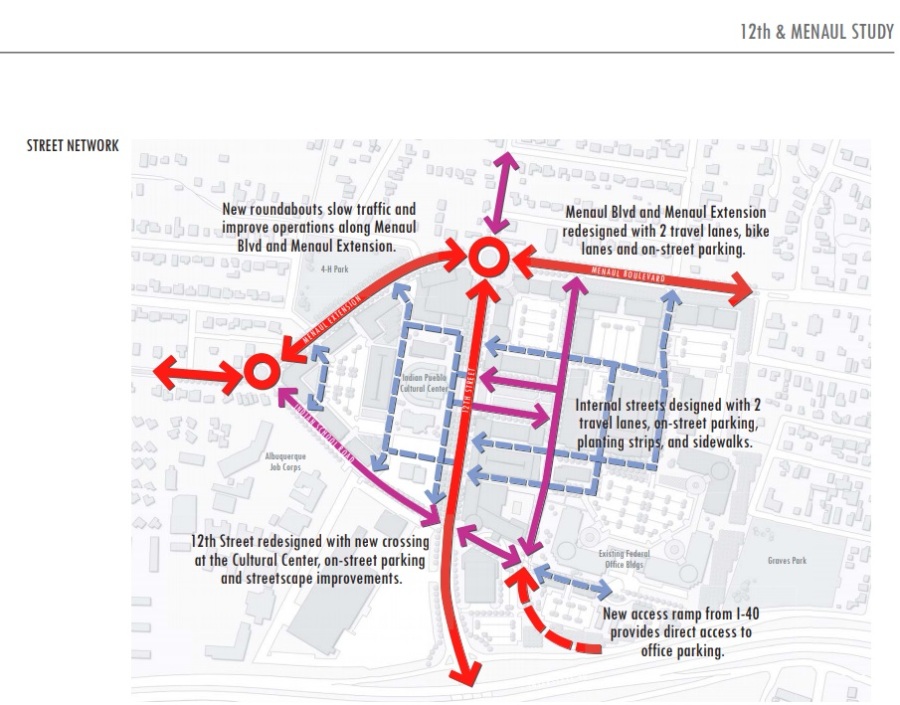 So to close out February 2020, 15 damn long years later, we rode out to 12th & Menaul yesterday to see how that shiny, new roundabout looked:

That’s not a roundabout.

Not living in the area, and not paying enough attention to the news these days, BBTUT was not aware that the intersection was getting all torn to Hell for water utility work, THEN torn all the Hell again to put in the long, long, long, damn long, awaited roundabout.

Thus, another example that you often have to live a really long time to see transportation safety improvements implemented. In this “line of work,” you also often have questions bubble up, such as:

Okay, I’m the only one with the last question, but the first two might have similarly bubbled up for you, dear Better Burque reader. Smarter people than myself tell me that coordinating funding and implementation of roadway projects over layers of inter- and intra-governmental bureaucracies is damn hard. Something about “polycentric governance” or some such.

That’s only what they tell me. I don’t read the academic or non-academic papers enough.

They also tell me this “polycentrism” is just one of a huge number of factors making it necessary to live a long damn time to see transportation safety improvements implemented. With the second round of 12th/Menaul ripping up scheduled to begin this Summer and extending for eight months, many, many folks will get to experience that long damn feeling.

And yes, BBTUT plans to again gleefully ride repeatedly through the once-again deserted, ripped-up, delightfully driver/car-free intersection as often as possible. It’s important to focus on the positives.