After having last cycled on the new, improved Zuni about eight weeks ago, I had the chance over the weekend to ride up and back from downtown in its “finished” bike lane state. Do you know how long a stretch of new to brand-new bike lane Lead/Coal/Zuni is? 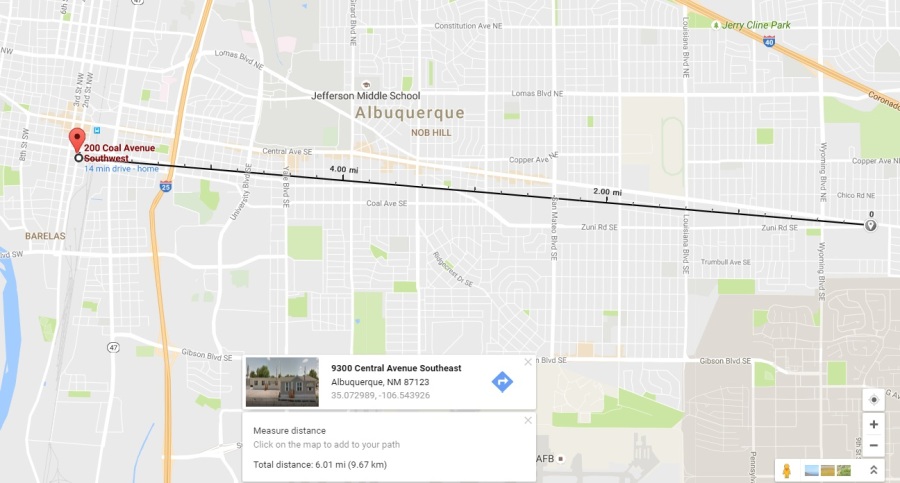 Yup, that’s six miles, as the crow flies. I was too lazy to look at my bike computer for actual start/finish distance. Six miles, plus! Wow. Here’s a quick observation or two from that not so little ride: 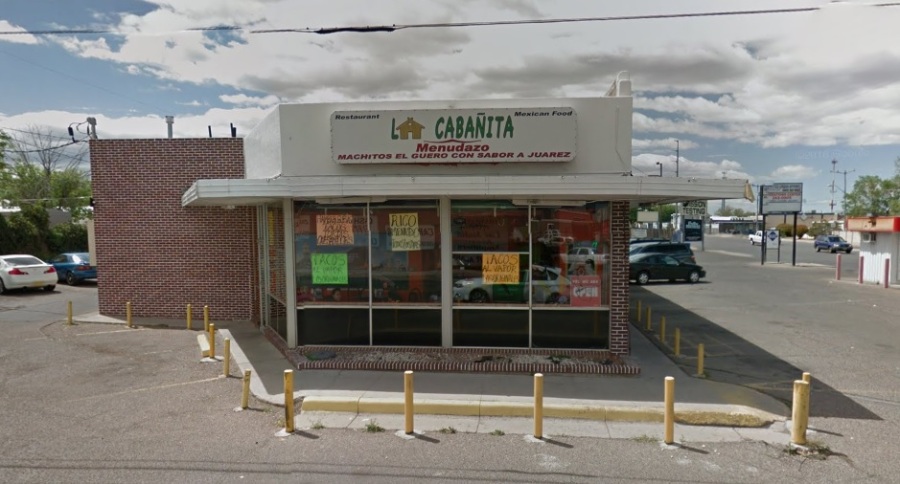 Yeah, this is a Google StreetView shot, as I was also too lazy to take my own photo. I’ve yet to have eaten at La Cabañita, but this place sure appears to have all the requisite elements (handwritten signage, small, unusual building, niche menudazo market, etc.) of an interesting culinary visit. The restaurant is toward the very end of the six miles, almost to where Zuni runs into Central Ave., and such Isleta Blvd.-esque establishments, colors and architecture are so much more fun to pass on the bicycle. By the way, if you haven’t had the chance to ride on Isleta Blvd., it’s a great weekend treat (a bit too manic on the weekdays, what with its three-foot bike lanes and such). 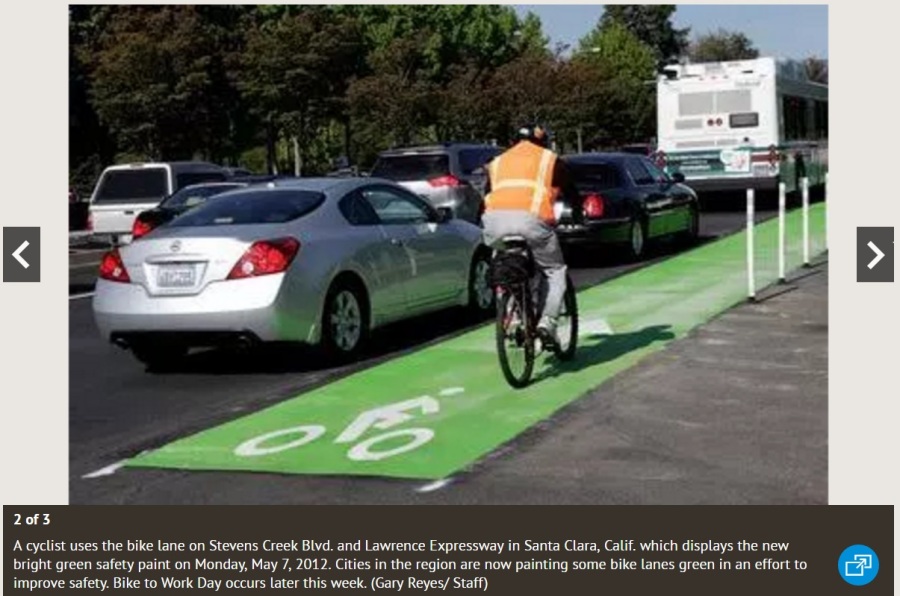 Yeah, no green paint on Zuni. The honor of first evolution to significant green paint looks to be happening on MLK, Jr. Blvd. instead. In fact, folks tell me MLK is just about done; I haven’t had time to ride out there in a few weeks. So many bike infrastructure evolutions, so little time. The big positive of all this evolution is obvious; one small drawback is the concomitant need for educating users to the new wrinkles.

Take, for instance, the far eastern terminus of Lead/Coal/Zuni at Lead/Broadway and Lead/2nd. Street. Motorists are still exhibiting an inability to understand the idea of a bike lane between straight-across and right-turn driving lanes at Broadway, and Lead/2nd St. ends with an unsatisfactory abruptness that looks like the City ran out of beer money right at closing time.

Still, such evolution is generally good, and all users will eventually figure individual wrinkles out. That includes Zuni, where reports indicate motorists are, in a few cases, using the nice wide bike lane nostalgically as the driving lane it used to be. A bit more attention to the “three Es” (Engineering, Education, Enforcement) would sure help there, as is true everywhere (even in Santa Clara).

What I hope you, dear Better Burque reader, takes from the above is that riding Zuni is damn fun and interesting. Because it is. Try it out for yourself. “Rich” cyclists with that newfangled Strava are especially encouraged to ride it up and down every day, all day. Those Strava heat maps shown at various public meetings and on-the-ground arm-twistings will thank you for the contribution of “heat.” Regardless of how fancy your bike, its accountrements or where you’re headed on Zuni, be careful out there. Evolution does have it “survival of the fittest” aspect.