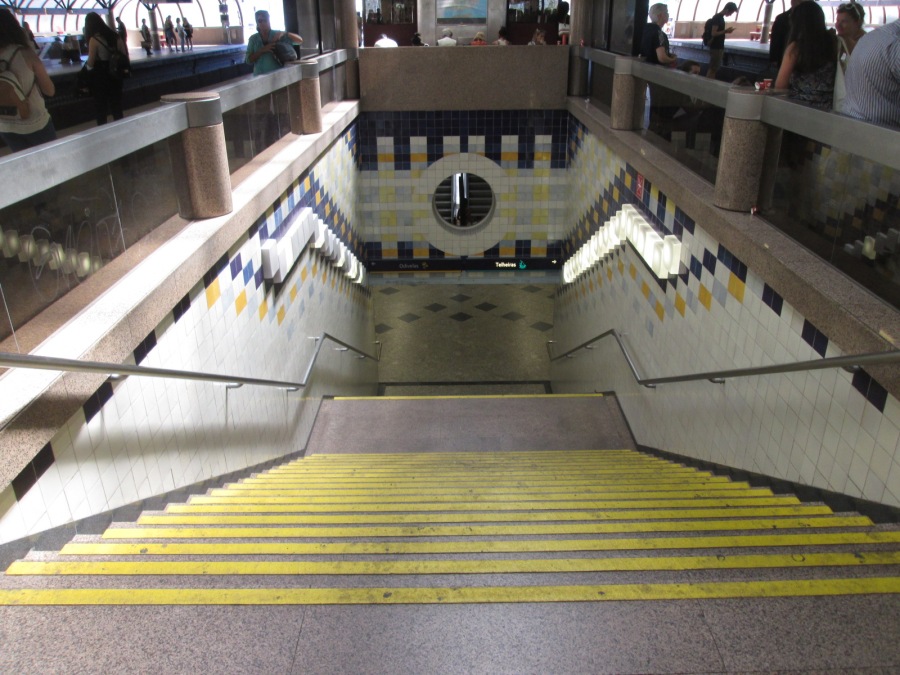 Stairwell at Campo Grande Station, near  where Sporting Lisbon plays its home games.

Did I mention these photos were taken by a non-professional?

Stations near universities get more abstract and academic art.

Probably my favorite so far. I don’t recall which station this is. 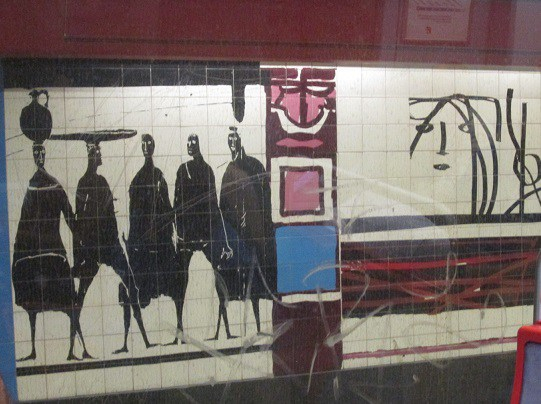 Okay, I take that back. This is my favorite, so far. The line drawings are found at several stations, some apparently done by graffiti artists in homage/parody of the originals. 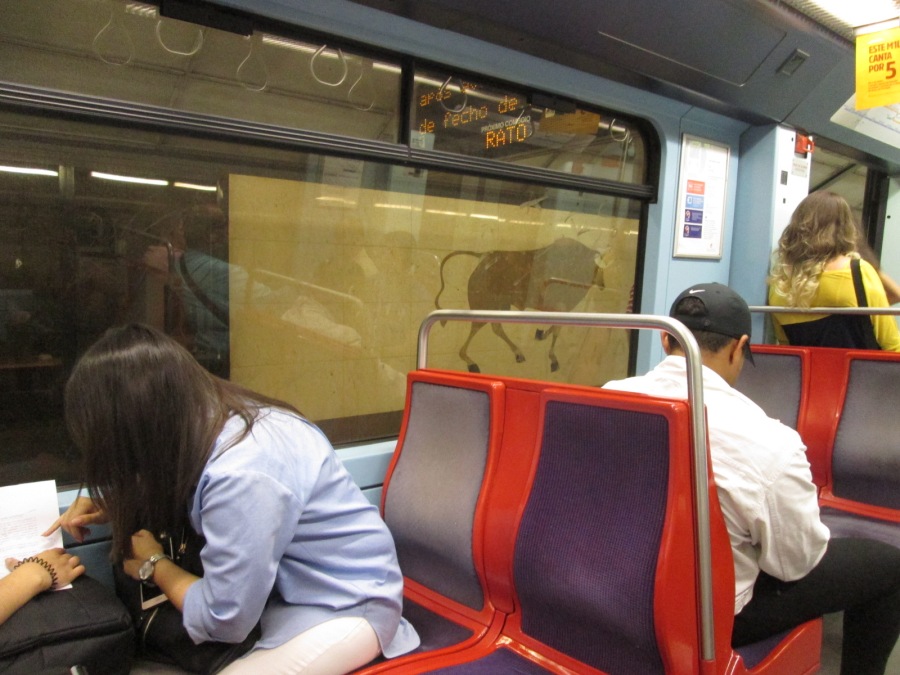 I’d like to think I paid each of these Metro riders to look away while taking this one. On the Yellow line to Rato Station.

Roughly 47 hours and counting until I leave Lisbon to start the bicycle tour. The city’s hills have helped get the legs ready. Another day or so of subways and films at the Cinematic Museum, where a month-long Elaine May/Warren Beatty retrospective is being held, and then it’s off to Sintra for Day One of Official Bike Touring.