Heck, I don’t know how “Boxing Day” got its name, either. And I’ve looked, even on Wikipedia. All I know is that it means a full day of English football and 81 days without precipitation in Albuquerque. Okay, it only necessarily means one of those things in a given year.

The dry stretch at #abq is now 81 days with no precip in sight #nmwx pic.twitter.com/HLAYNEApQw

Perhaps the strongest theory is that it has something to do with Christmas gift boxes, and, with that flimsy premise as reason enough, here are a few “gifts” of alternative transportation information Better Burque has gathered in recent weeks that haven’t quite led to complete BB “stories.”

Explanation: One of the Greater Albuquerque Bicycling Advisory Committee members was riding fast down MLK westbound (gravity is like that) a few months back, and suddenly had to veer left into traffic because a cyclist was legally/rightly waiting in the bike box at Broadway/MLK southbound. True, the most remarkable thing about this story so far might be that there was actually a cyclist in that bike box, but, cynicism aside, what could be done to prevent a cyclist-on-cyclist smashup or sudden need to veer?

One big reason BB hasn’t done a “story” about this one is that I don’t have a good picture. Instead, I’ve artfully re-created the white stripe using Google Street Map, my increasingly arthritic hand, a $7 computer mouse, and Microsoft Paint:

Thanks to CABQ DMD for its gift, a quick and sufficient solution to this largely unforeseen problem. The next step in Broadway multi-modal gift-giving will be a revamp of the entire downtown section of Broadway. BB hopes to be able to report next Boxing Day that much has happened in 2018 toward that revamp.

Explanation: Back in October, Better Burque ranted about the blind intersections on Bear Canyon Trail, and in a Scrooge-like manner neglected to point out the solution thereafter put in place by P&R. Actually, I’m chalking this one up more to early onset dementia (i.e., I forgot) which is actually much more disheartening than being linked with Scrooge.

Anyway, after being told about the scant signage alerting riders, particularly going north on Moon as they approach Bear Canyon Trail, that they are blindly entering a Trail with downhill/westbound riders flying (gravity is like that), P&R promptly visited the sites and crafted the following solution: 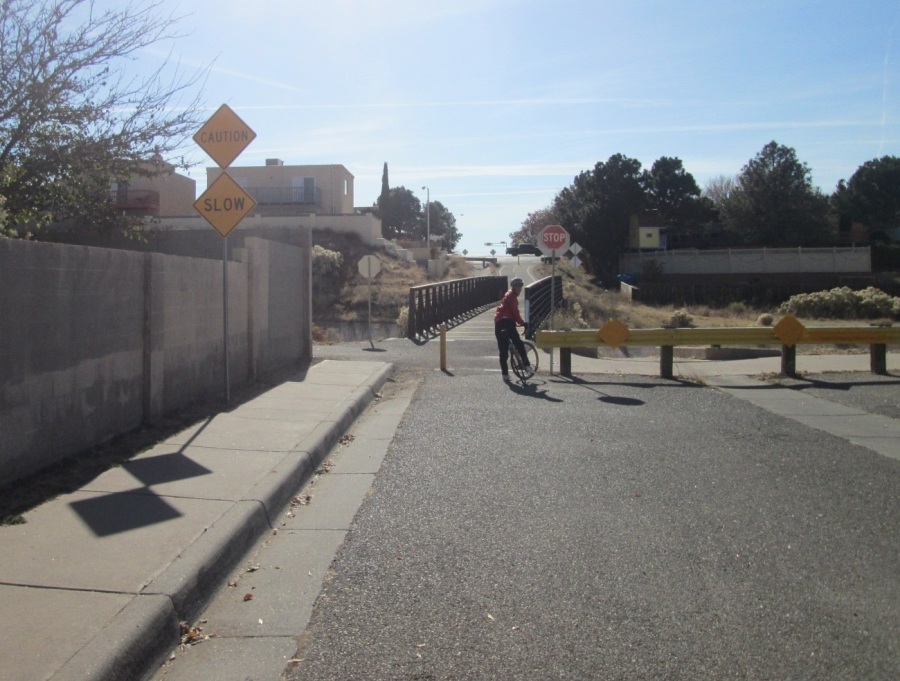 Thanks to Margie, Charlie and John for being in the photos, but even greater thanks to P&R for the large “SLOW” sign on the left. Many ideas of how to best alert riders were tossed about, and I defer to P&R’s expertise that this is the best solution, as they have been dealing with gravity and human behavior when it comes to multi-use trails for a long, long time. Thanks P&R!

Explanation: When you or your “advocacy group” is admittedly on the fringes of society, e.g., roadway bicyclists in Albuquerque, you come to understand, accept and applaud the strategy to address mainstream concerns, e.g., parking, and trumpet solutions to such concerns while also, almost entirely without mention, making life better/safer for that fringe group. 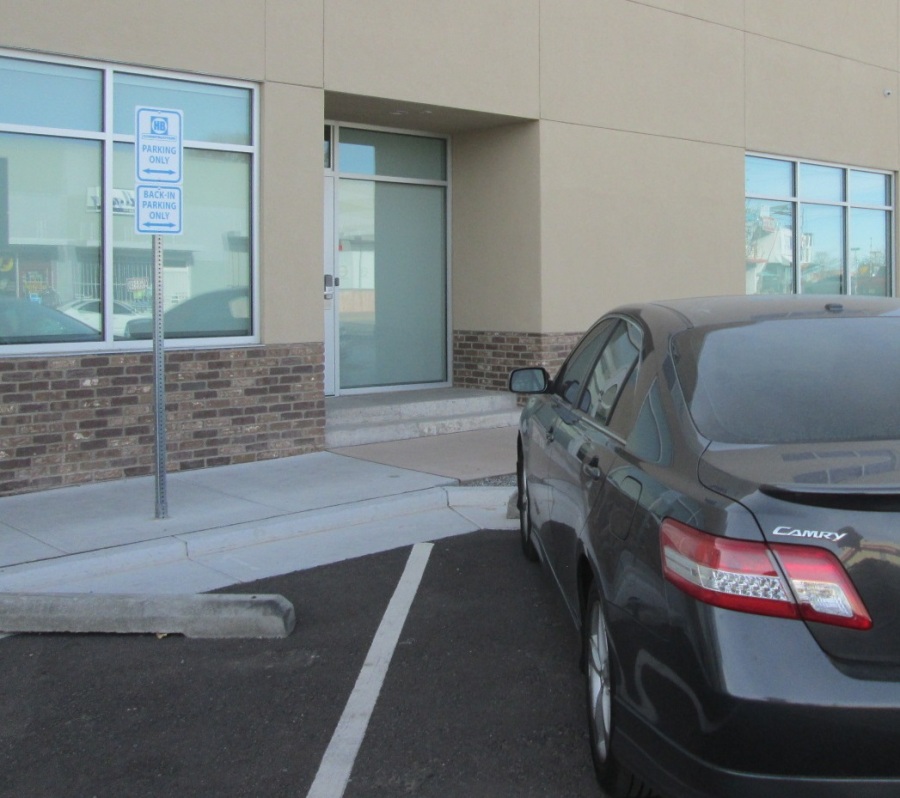 Okay, it’s true that compliance isn’t quite 100%, or at least wasn’t this past Sunday, but give it a few days. What’s important to remember here is that:

No, it is not necessary.

We in the cycling advocacy community will humbly, instead, give a nearly silent “thumbs up” thankful gesture to Councilor Davis, DMD, and the taxpayers of Albuquerque for this gift. And, trust me, there is almost nothing more silent than a thankful mention in Better Burque.

Speaking, softly, of the gifts mentioned above, they are all examples of a soft-spoken approach to bicycle advocacy. This is not mentioned to purport “proof” that loud whining and public outcry doesn’t have its place. It does. There are times for “vinegar” as well as “honey,” so to speak. Still, it is worth remembering both the Boxing Day gifts mentioned above, as well as how these particular roadway changes came to fruition.

One in the cycling advocacy community might even consider making a New Year’s resolution or two as a result of such pondering. Something along the lines of revision to the honey/vinegar ratio. Hmm..something to think about.

Meanwhile, thanks to those who made the above happen. Let’s continue to make it happen in 2018.

One thought on “Opening Our Boxing Day Multi-Modal Gifts”