Note: The following isn’t violently graphic in a direct way, but may make one despair a bit about humanity, technology, and what’s considered important and “okay” these days.

For those who don’t have time/inclination to wade through the redacted pages below,  another in a series of 2017-2018 APD crash report/supplementary investigation reports on deaths to those walking Albuquerque roadways, here are selected facts from the pages below of a incident from 3/6/18: 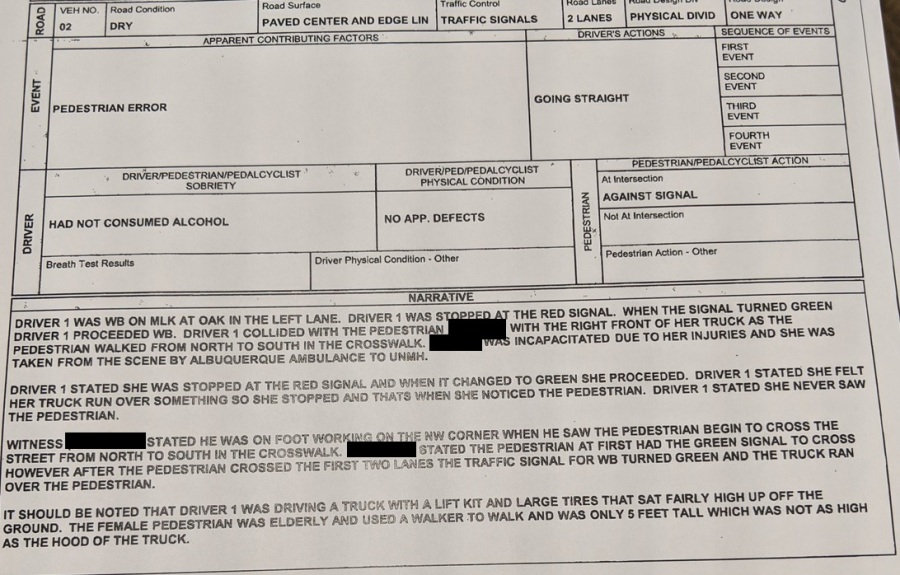 One more look before we simply post the complete, redacted, investigatory narrative  below. Here’s a Google Streetview of westbound MLK at Oak: 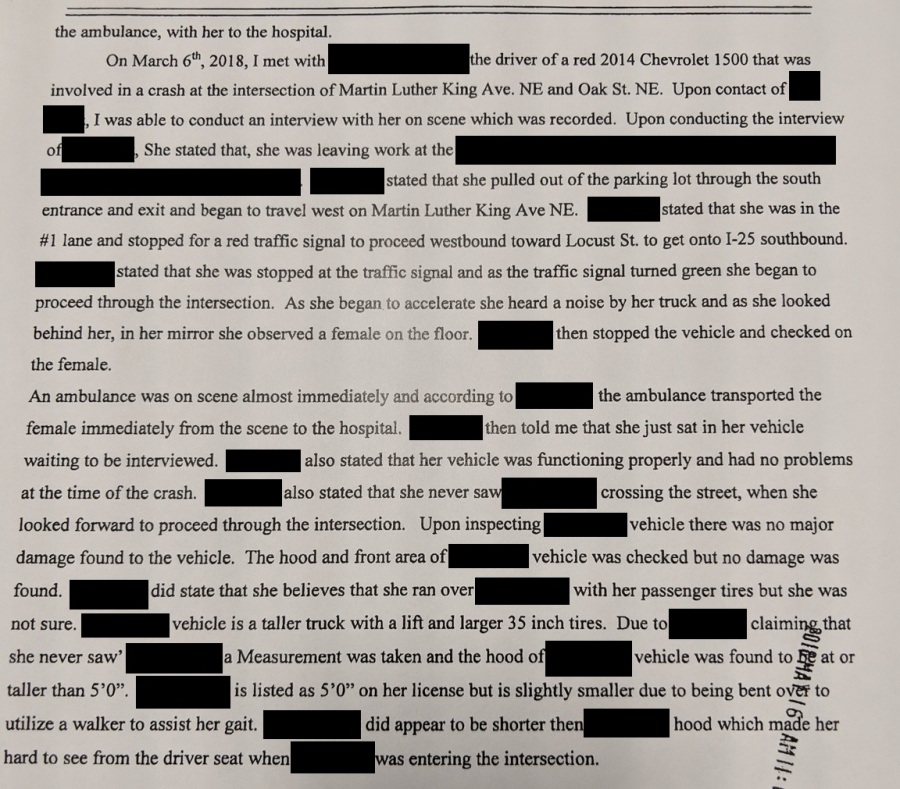 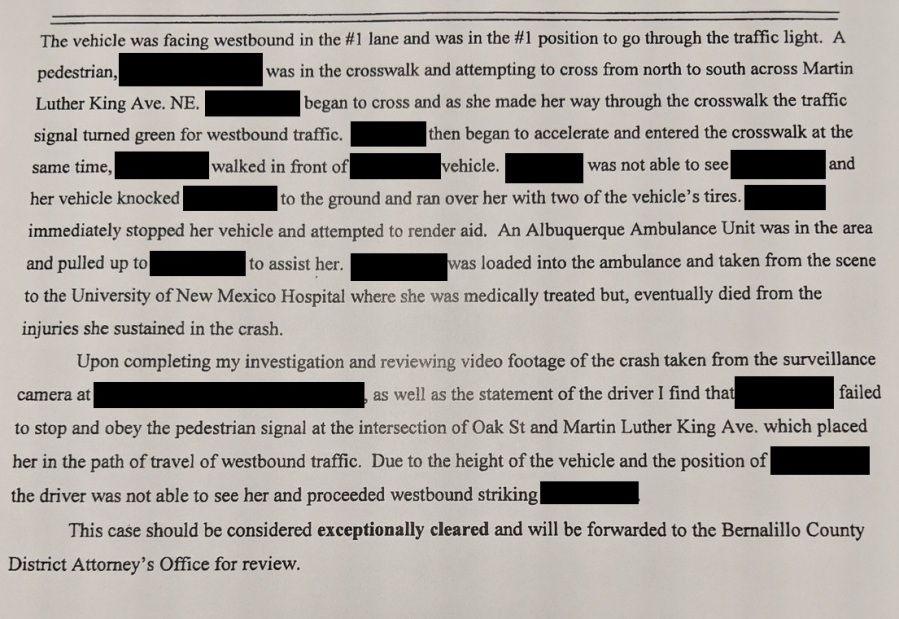