The Better Burque Tactical Urbanism Team (BBTUT) thought it would be fun this morning to ride up the Silver Bike Boulevard before riding/walking in the Dr. Martin Luther King, Jr. march.

The Silver Bike Boulevard route was fun. Until we got to I-25. Naturally.

Didn’t quite have time to take photos, but a guy (guessing, because it’s just about always a guy) stopped at the red light at Oak (frontage road east of I-25) unilaterally decided he had stopped long enough and ran the red light. Unfortunately, BBTUT was still crossing the road. A short BBTUT stop and stare down was no match, and the guy zoomed around us and on to I-25. Others in cars at the red light waited as we continued crossing.

No photos of the incident. It was a tad too brief for that. No license plate number either, because it happened too fast and our eyesight is too poor. But here’s a couple of photos from today’s MLK March. Because: fuck that guy. 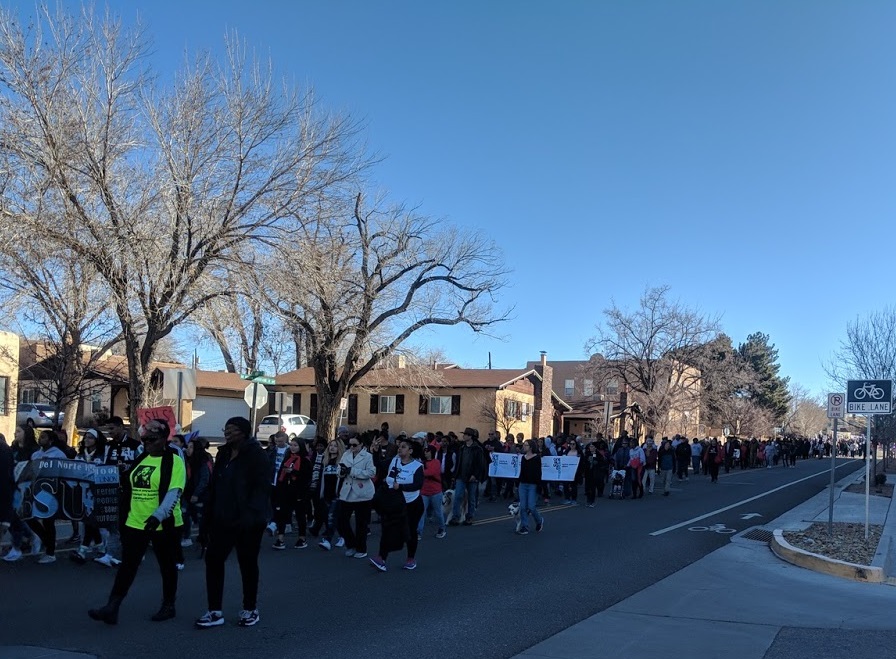 Hope I saw you at the march today. Walking in the street while police closed streets like Oak was just one of many reasons the event was great, as it always is.

Stay safe out there.