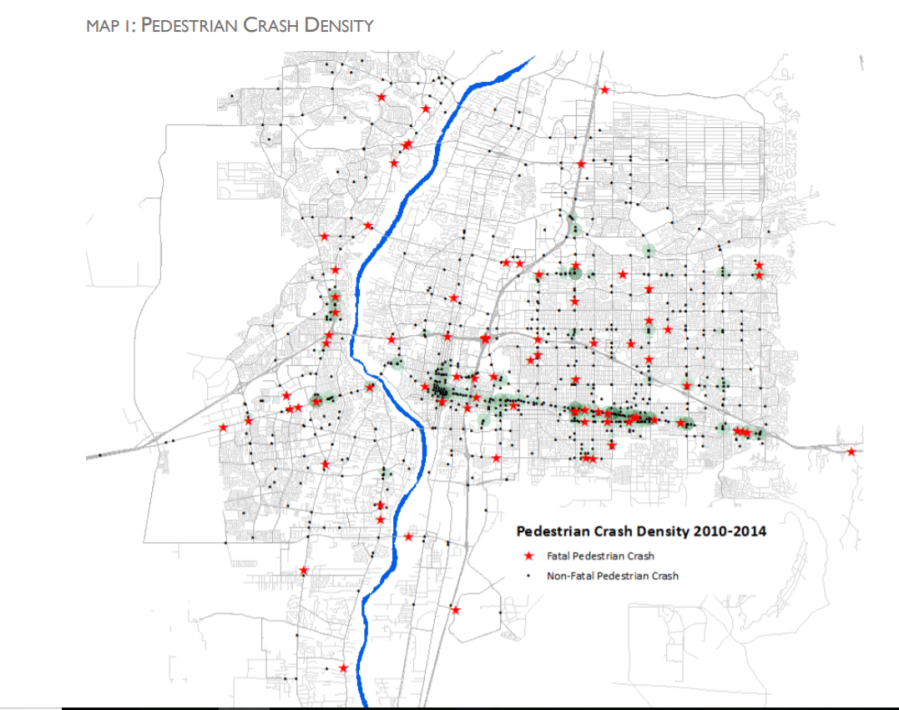 A post from Urban ABQ yesterday on the pedestrian fatality epidemic led me to take a break from electoral satisfaction for a few minutes last night to far more poignantly recall and send along the map above. It’s from the very good, yet grim, Bernalillo County Pedestrian and Bicycle Crash Data Analysis 2010-2014, released by MRCOG back in 2016.

A full read of the report is encouraged, but there’s also great communicative and emotional power in just really looking at this map. Of course there are too many stars on this map. And, of course, there’s much that must be done in order to reduce the number of stars in future such maps, particularly as the pedestrian epidemic in Albuquerque has anything but waned since 2014.

Speaking of electoral satisfaction, I urge new Mayor Tim Keller and other City & County officials to:

They can start by looking at this map.

P.S.: One or two observations on patterns/locations above.