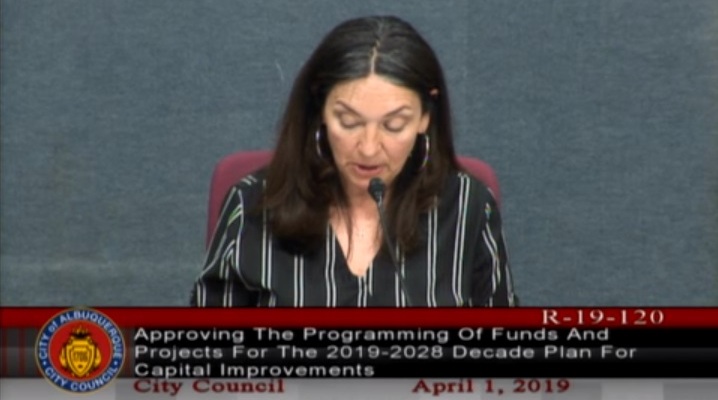 It wasn’t Kurosawa, at least in cinematographic composition and scope, but Albuquerque City Council performed something of a 20-minute videographed saga of its own this past Monday night, one which has stuck with this viewer as interesting on many levels and worthy of many interpretations, kinda like a Kurosawa film.

Not “Rashomon” by any means, but very much worth a still-shot deconstruction of the performance’s plot, meaning, and insights. It was also all about taxpayer money, which has a “grab” of it own. Let’s begin…

Our one-act starts at just past five hours deep through the long, long day’s journey into night that was Monday’s Council meeting, one that had already included plenty of highs, most notably universal consensus and public/expert support of the latest amendment to the Police Oversight Ordinance, and a beautiful bit of foreshadowing low in the form of Councilor Borrego’s reaction to Councilor Benton’s voting against full funding of a multi-generational center in Borrego’s District that would have included affordable housing for seniors.

In a terse reading that definitely reminded the viewer of Bette Davis in “All About Eve,” Councilor Borrego witheringly remarked that “I will support this (Councilor Benton’s proposed large authorization to a storm drain in his District) despite you voting against affordable housing in my District.”

With the resulting awkward silence responding from this remark echoing throughout the chamber, the scene was now set for 20 minutes of “Ran” meets “ Nine Samurai.” 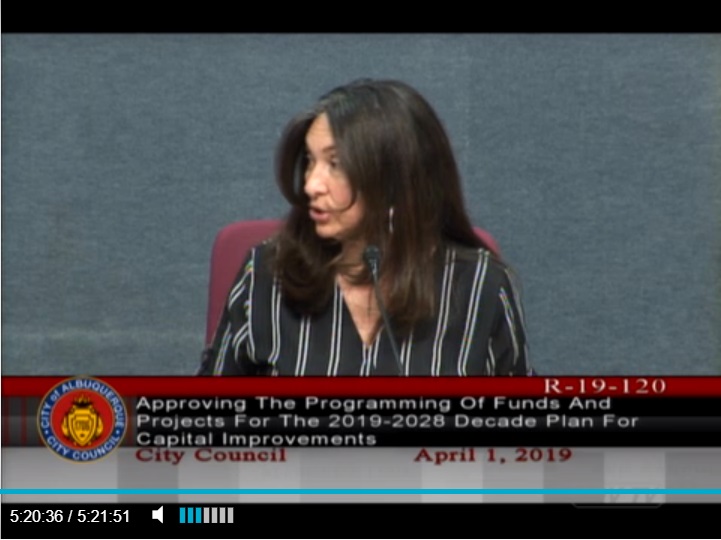 Metaphorically struck by the three fellow Councilors, Peña withdraws the amendment, noting that she had earlier decided to not even bring it to the floor. She adds that she ultimately decided to propose it only as means to seek salvation of Councilor Borrego’s multi-generational/affordable housing funding.

Committing the Council to 20 minutes of bureaucratic hue and cry in a vain attempt to save a fellow Councilor’s proposal! And with this defeat, other funding goes away in the wake of this tragedy, at least for now, such as added money toward ADA Sidewalk Improvements.

Surely, devoted Kurosawa fans can think of only one film and one scene that captures what went down at around 10:30 Monday night at Albuquerque Council Chambers. It is most certainly this:

While my overall observations of what went down in the wee hours of last Monday’s Council meeting might be just as mistaken or biased as the characters in “Rashomon” (it was that confusing), there was undoubtedly more than a bit of “Ikiru’s” wistful bureaucratic pathos in Councilor Peña’s close to the theatrics recapped above. I’d be lying if I didn’t admit the feeling evoked still remains since first viewing the drama recapped here, just as does every viewing over the years of that dying almost-failed bureaucratic singing that mournful song while swinging in the snow of “his” park.

I don’t think Monday’s Council meeting fully matches Kurosawa. But it kinda does.

Meanwhile, back in the real world, the eventual vote on Budget/Bonds was just another step in the marathon that will eventually lead to a public vote on the Bond package later this year. It’s truly impossible at present to say how much money Councilor Borrego’s multi-generational center or ADA Sidewalk Improvements will get in the final version going to voters.