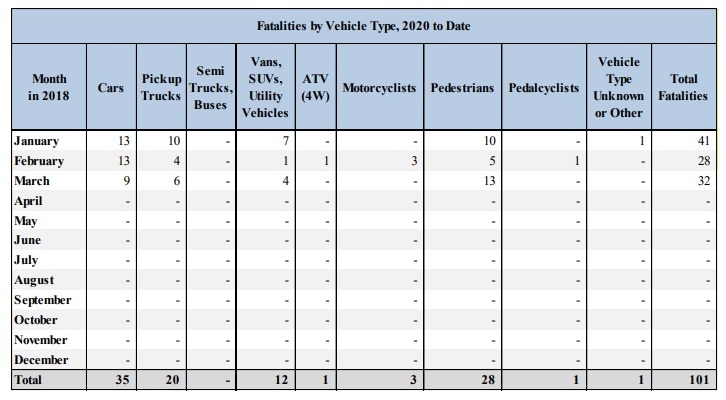 People are driving less locally and around the world these days, but you wouldn’t know it from looking at the number of those killed trying to walk New Mexico roadways last month. Here’s a category breakdown of such fatalities from the Traffic Research Unit:

Having tracked these figures for quite some time, month of March and overall 2020 numbers stand out in many ways, including these two:

While only a quarter of a year is a limited time sample and we’ll only fully understand how very different driving and life is during these pandemic times after enough time elapses to collect much more data, a look at 1st Quarter NM pedestrian fatalities over the past 15 years continues to show a disturbing trend, pandemic or no pandemic.

Right now, in these outlier times on so many levels, that correlation has at least temporarily been broken.