I’ll be honest. My first reaction to news that the State of New Mexico is developing a statewide bicycle network plan is that Step One should be:

Get New Governor. Then we’ll talk.

Still, you have to start somewhere, and those among us who love to do long-distance tours will be particularly interested. So, let’s “play along” and see how the nascent effort looks so far.

First, here’s the handy/dandy flyer with a link and such:

As mentioned above, there are multiple tools toward improving statewide cycling, including a questionnaire (yes, it’s just a “Survey Monkey,” and far from formal survey research, but…), as well as both an interactive map to “crowdsource” comments about current conditions: 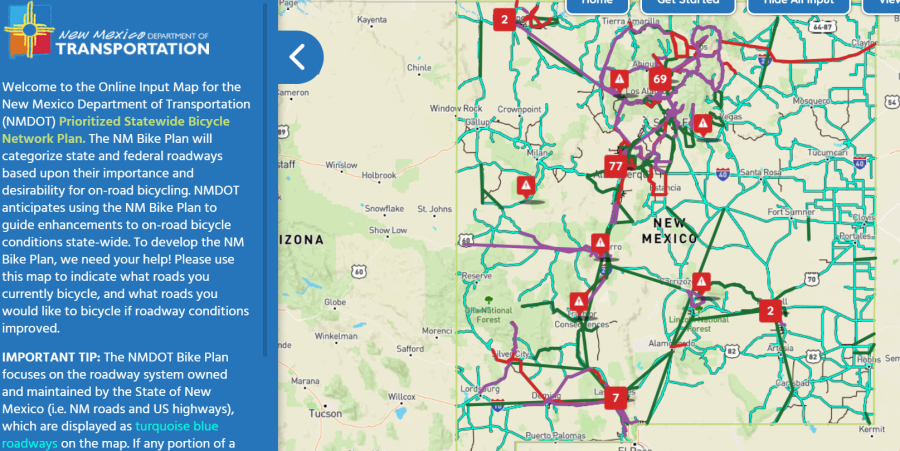 and a tentative first step toward a fully informative statewide bicycle map, the kind us long-distance touring types drool over in planning routes:

Putting aside our skepticism, and impatient waiting for Gubernatorial Election 2018, these elements put together, over time, could truly transform New Mexico from a cycling perspective, fundamentally shift the oft-adversarial relationship between cyclists and the New Mexico Department of Transportation, and, eventually, lead to something like this in Tennessee: 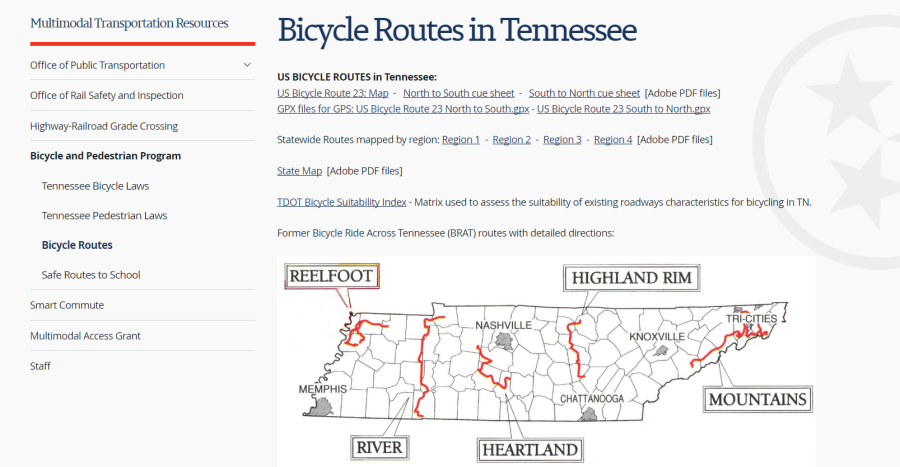 Yeah, those are links to regional bike maps, a “suitability index index” that assesses “the suitability of existing roadways characteristics for bicycling,” and even cue sheets for major routes. Cue sheets, people! Note also that this page has plenty of maps linked, sidebar links to bicycle and pedestrian laws, and even a link to Safe Routes to Schools.

In other words, this ain’t New Mexico. Yet.

I picked Tennessee as comparison for several reasons, including my positive personal experiences using such information in bicycle touring through that state, as well as the near universal perception that Tennessee is a socio-politically medieval hellhole.

And we can be doing likewise here in New Mexico, and we have to start somewhere. So, in addition to electing a markedly less socio-politically medieval governor next year, Better Burque encourages your involvement in development of a new New Mexico statewide bike plan.

Click around. Make some comments on biking hellhole in our state. Fill out the survey.

And vote. For God and Probability’s sake, vote.