The story so far: John and I rode the City of Albuquerque’s (more on that in a bit) 50-Mile Activity Loop New Year’s Day. Yesterday, via a few observations and photos from John, we started to identify the good and still to be tweaked regarding the Loop.

Before setting about to fix the Loop, let’s further outline what needs to be tweaked. As mentioned and illustrated yesterday, incorrect and/or missing signage is a problem in areas where signs do exist, but an even bigger problem not mentioned in that last post is:

Looking again at the overall Loop, you might be able to see how big a problem this is: 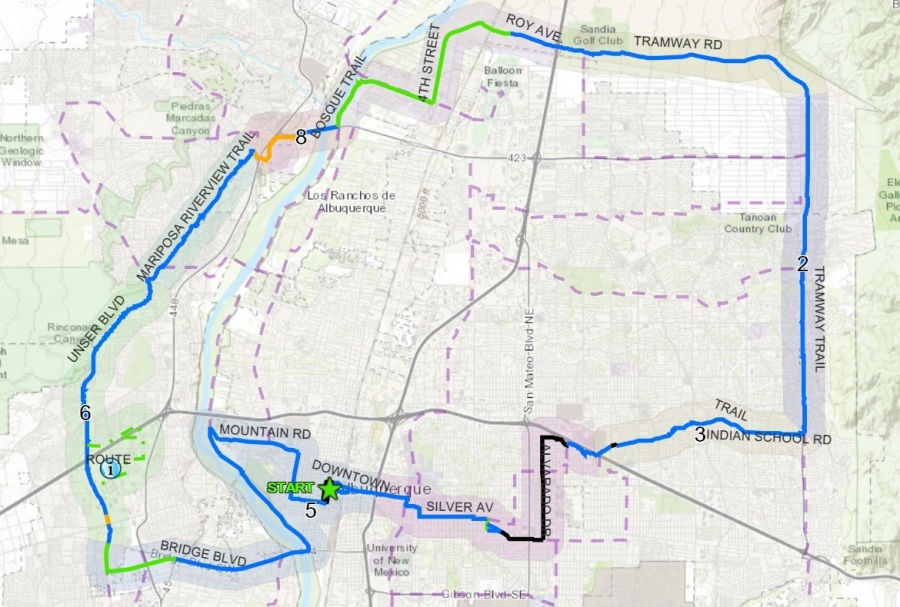 But if, like me and roughly 98% of local residents, you can never remember what’s County and what’s City of Albuquerque, here’s a little side-by-side to help a bit more: 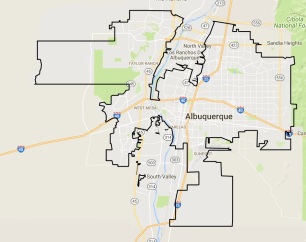 Apologies for not being able to “layer” this into one map. Applications are being accepted for Better Burque Official Staff GIS/Map Technician.

To further illustrate, let’s look closer at the two big areas affected by this lack of current signage. 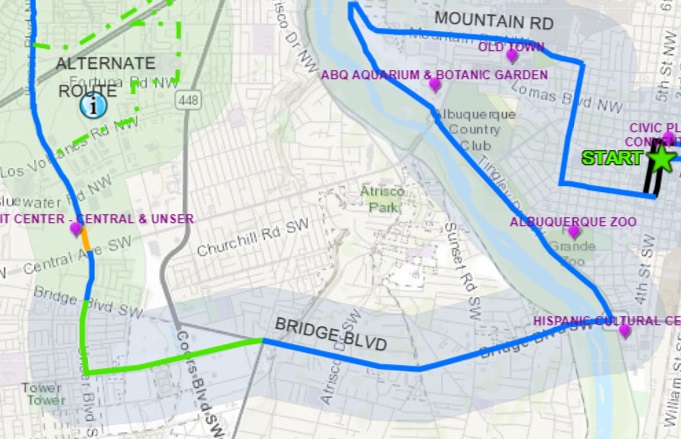 Here’s the fairly lengthy Bridge Boulevard stretch to/from the Bosque Trail to/from Unser Boulevard. Much of it is in the County, yet looking closer at the limits map, we see Bridge is actually the dividing line between City & County:

Back in November, John wrote a really good BB post about political scientist Vincent Ostrom and his term “polycentric governance” for instances of complex inter-related and overlapping jurisdictions. Like you see illustrated above and in the current lack of signage on the 50-Mile Activity Loop.

As you might imagine, John muttered the term “polycentric governance” more than once during our ride Sunday. We also tried to remember, while riding, how far back that last vote on City/County Unification occurred  (2004) and by what margin it was defeated. I seem to also recall I said the word “dumb” about five times during this very intellectual and elevated political science discussion.

So Bridge is complicated by it being the dividing line, but that’s kindergarten in terms of “polycentric” complication compared with the stretch running all the way to/from Eagle Ranch & Coors on the westside around to/from Tramway & County Line Road:

For this I’ve used a different map set, the really cool ArcGIS from the City of Albuquerque. You have to squint a bit, as the area covered is large, but the pinkish area above is City, while the green sections are County. Note how checkerboarded Eagle Ranch & Coors is, and how Tramway is numbered “556” because it’s actually a State Road, one that goes from County (actually Sandia Pueblo jurisdiction) to City at the County Line by the actual Tram. And yeah, Los Ranchos is the dark area above, and the Loop also passed through that.

So to “fix” these two large stretches of 50-Mile Activity Loop we have to coordinate signage between multiple jurisdictions, and that, obviously, hasn’t happened quite yet. Will it happen? That’s a pretty good question.

Meanwhile, there’s the problem of City areas that have been signed so far, a problem illustrated, again, by this photo taken Sunday on the Bosque Trail as it meets Bridge Blvd. going south: 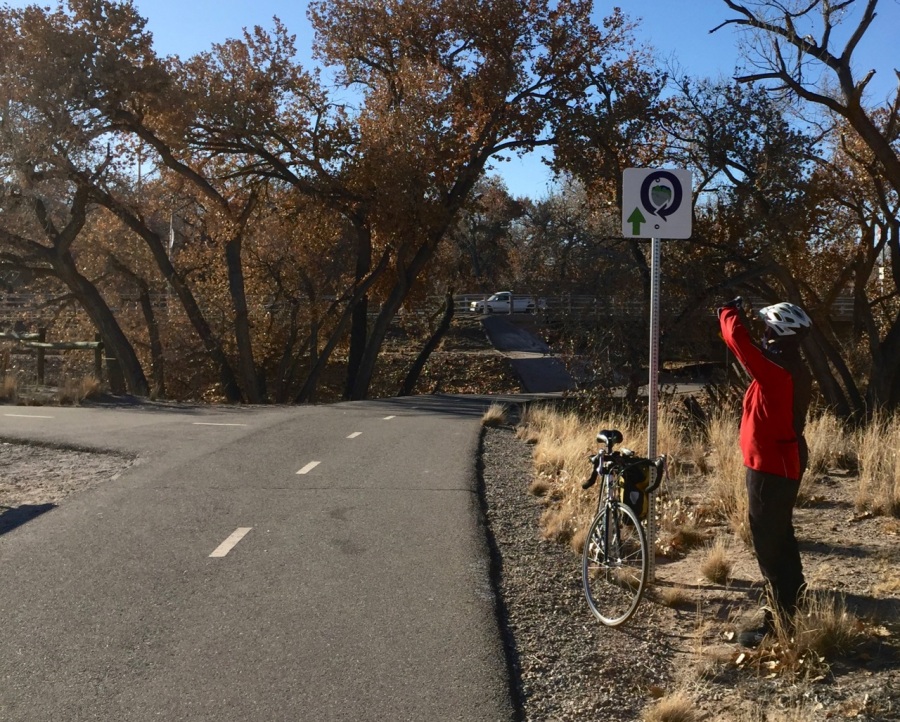 The #1 job above can be addressed by just having cyclists ride the Loop, perhaps armed with circa-1963 walkie-talkies to communicate with City folks in trucks with lots of signs in the truck bed. The cyclists ride the Loop, bark out where signs are wrong or needed, and voila! those sections are fixed. Yes, one does wonder why this hasn’t already happened, but there you go. Maybe the City doesn’t have any walkie-talkies.

The #2 job above seems far more difficult, as it involves “polycentric governance.” We have to sit representatives from the many governmental jurisdictions down (very hard) and hammer out agreements on who is putting up the signs (really damn hard) and who is going to pay for the signs (extremely ******* hard).

In conclusion, there actually is at least one more blog post here pertaining to the 50-Mile Activity Loop, so this isn’t actually a conclusion. Namely we need to address the elephant in the room:

Is this REALLY the best 50-mile “activity” route in/around Albuquerque?

We’ll have a bit more about that in our next post.